London is one of the funnest cities to photograph for me. It reminds me of New York City in that it seems like at every corner you come across there’s another amazing photo opportunity that allows you to capture some iconic piece of the the London landscape. Here’s just a few of the shots I’ve taken around the city while exploring some of famous icons in London.

Obviously when you first arrive you’ll want to photograph Big Ben, one of the most photographed places on earth. In case you weren’t aware, Big Ben is actually the name of the bell inside the tower, while the tower housing the massive clock faces in known as the Elizabeth Tower. One thing a lot of people don’t know is that you can actually go inside the clock tower and see the unique view of the inside the clock faces. You’ve got to have some political pull, but if you’re going to be in the UK long enough (6 months to a year) you can arrange this kind of tour.

To get to Big Ben head to the Westminster Tube Station and once you walk out it will be right in front of you. I recommend you walking across the River Thames for some of the best views of the palace and the tower. If you arrive there early enough in the morning you might be able to catch a perfect sunrise shot and even capture the reflection of Big Ben in the River Thames before the herds of boats make their way up the river and break up the occasional still waters.

Don’t forget there’s Westminster Abbey right there as well. Try to capture it about an hour before sunset to capture the golden reflections of the sun like below.

A bit further east you have Tower Bridge, which is always photogenic day or night. I like the views of it from just about anywhere along the River Thames.

If you go inside the Tower Bridge glass walkway you’re given some pretty great views of downtown London and the Tower of London. 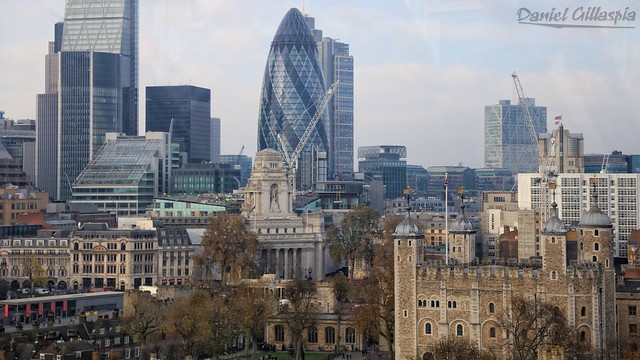 London is also great place to photograph at night — my favorite time to photograph cities because of the endless creative potential for playing around with light. You’ve got endless frames to work with while shooting the iconic spots of Big Ben and Westminster Palace along with the River Thames as well as the London Eye.

Perhaps what’s funnest to shoot are the double-decker busses that move continuously through the city. If you’ve never been to London these famous red busses are literally everywhere and it’s not hard to spot them. Simply wait at any street corner in central London and within seconds you’ll probably see one coming into view. They’re fun to photograph at night with slow-shutter effects because they’ll leave  all kinds of different colors and streaks behind as they move across your viewfinder. 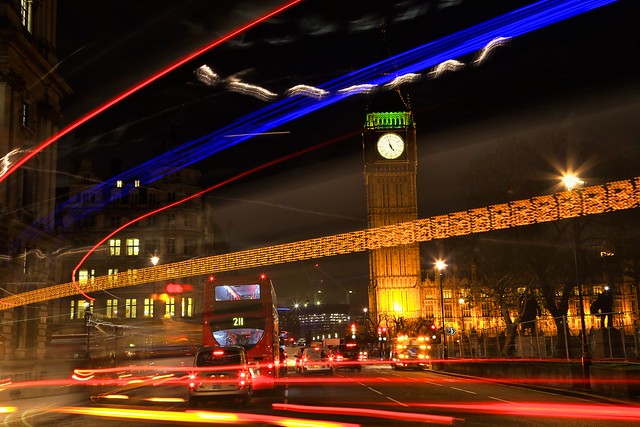 One shot I really liked was getting close to Big Ben and setting up my tripod in the middle of one of the protected curb islands in the middle of a busy intersection. A few of them have gating around them and actually have nice alcoves for you to set up your tripod so you’re not right in the middle of the busy pedestrian walkways or on the verge of getting hit by a bus. 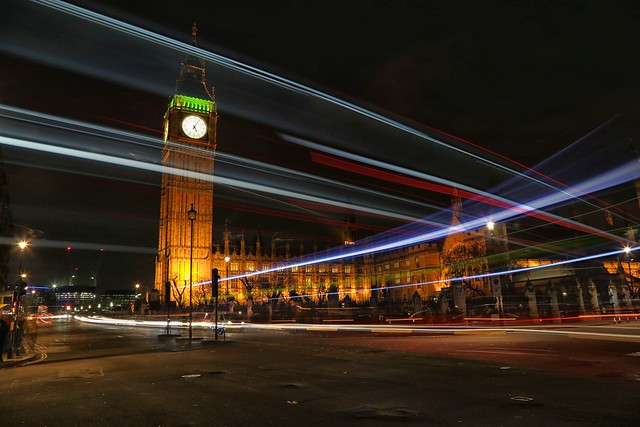 Another thing you’re going to want to capture are the phone booths, which like the busses, are scattered pretty much everywhere throughout central London. 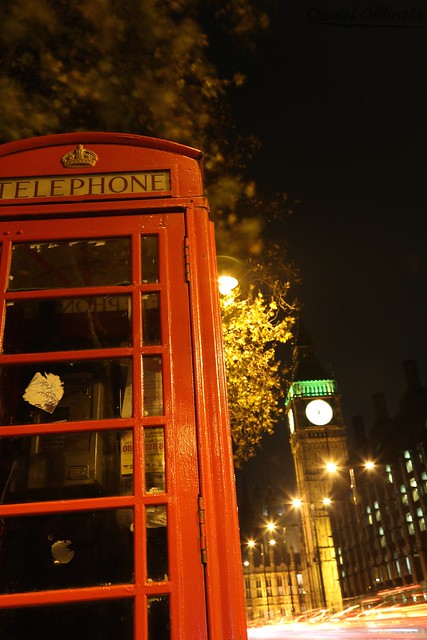 These are just a few of the many different shots you can get around London and I intend on updating this post as I get to photograph more of this amazing city so be sure to check back in the future for more shots!