Whether you have one week or only a weekend to explore the Algarve, you’ll find that you’ll have plenty of time to see some of the top beaches. On our recent trip to the Algarve we really only had about one full day to get out and explore but I felt like we were able to see many of the top sights there. We’d just spent months living in the cold and cloudy UK and the sun in southern Portugal felt like a warm slice of heaven every day we were there, especially at the beaches.  So here’s a breakdown of the top 5 best beaches to visit in the Algarve (the first two destinations aren’t exactly beaches but they are coastal destinations worth your time!). 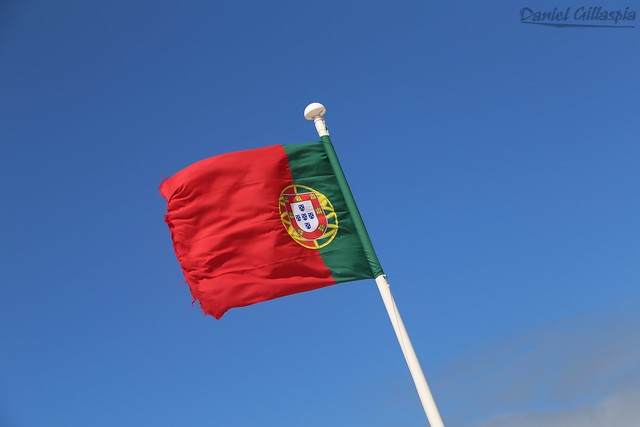 Cape St. Vincent is a stunning sea cliff area where instead of jumping into the water, you’ll just be amazed by the sheer beauty of the landscape. The Greeks and Romans actually believed this place to be sacred for hundreds of years; in fact, the Greeks actually built a temple there that they dedicated to Heracles. It was here that they believed the sun sunk from the sky and marked the edge of their world. It’s a fascinating feeling to look out from these cliffs and imagine that millions of people before you once thought that this marked the outer bounds of their existence….

This cape was also a place of war, where pirates plundered from Holland and France. More buildings would likely still be standing here but the famous earthquake of 1755 is said to have flattened the area. Still, there’s an interesting lighthouse to check out that was built in 1846.

This was the first place that we stopped at on the edge of the European continent and it was our first glimpse of the beautiful Atlantic Ocean. A heavy layer of grey clouds hovered overhead as we made out way from sunny Albufeira and with the coastal winds picking up, it was pretty cold at this spot so be prepared for winds and bring an outer layer. Also, be careful navigating around the cliff sides, they can be pretty treacherous at times, not to mention high at about 75 meters!

This place is just a few kilometers south from Cape St. Vincent so it’s a must-see if you make it to the area. This is the only destination not 100% free but entrance into the fortress was only €3. This is the place where Prince Henry the Navigator built his famous school of navigation. Some of the most famous and well-respected mariners, astronomers, cartographers, and ship builders convened at this place to construct and learn how to navigate ships during the period known as the Age of Discoveries.

The fortress was originally built back in the 15th century but had to be rebuilt in 1793 after it was destroyed — not by earthquake — but by Sir Francis Drake back in 1587. It’s a cool structure to roam around and ponder the history of some of the greatest explorers of all time. One of the cool sights is the 39 meter wide wind compass that has been partially restored known as the “Wind Rose.”

I recommend walking around the trail that follows along the outside of the peninsula where you can stand among the most southwestern point of Europe and look out from the cliffsides. You’ll likely comes across several local fisherman perched out on the edge of these cliffs trying to catch some tasty sea bass.

There’s also really intriguing geology around the area with rocks scattered about that kind of give off an otherworldly feel.

Once you make your way back to the entrance of the fortress you can ascend to the top of a mound that sits over the entrance gates and catch a better view of the wind compass and other surroundings.

After you get your history fix and battle the likely cold windy conditions found on edge of the continent it’s time for you to head back east toward some more laid back beaches. One of the best views in the entire Algarve has to be Praia De Dona Ana!

There’s a small parking lot right by the beach that surely is taken up during peak season but at other times of the year will likely still have spots open. From the lookout point, you’ve got great photo opportunities of the clear, blueish-green waters and golden sea stacks.

The beach also look irresistible but because temperatures were still a bit cold, we held off from swimming. If you happen to be visiting the Algarve in the summer, especially on the weekend, then you better get here early because this is one of the most busy beaches in the Lagos area.

We caught this beach right at sunset and it was one of the most relaxing scenes I can recall from my entire stay in Europe. What was also great is that there was nobody around whatsoever. We were able to hop around the lush sea bluffs for over an hour, exploring little crevices in the sides of the cliffs and opting for photos without seeing a soul (other than a few fisherman perched in the distance).

There is a restaurant/bar located right on the beach that looked like fun  but we opted to stay perched on the edge of the cliffs in solitude. Climbing around these cliff areas is exciting but again just make sure that you exercise plenty of caution when you attempt this because it’s a pretty long drop all the way down.

Bengail Beach is a must stop. The beach area is nice and all but the reason that you want to come to this beach is for the awesome sea cave tour that you can embark on! You’ll be darting through grottos and catching glimpses of color-changing seas as you zip through the sea stacks along the shore.

The highlight of the boat tour is catching the famous Benagil Sea Cave. Try to allocate about an hour total if you’re planning on doing a tour and check out the link above if you’re interested in finding out more for information on the grotto tour.

There is a secret beach called Praia do Carvalho (ssshhh…) in the Algarve that is accessible via a cave and it is just west of Benagil Beach. We saw this beach from our boat tour and were not able to actually go down on the beach but it looked like a really cool secluded beach that you could check out!

Remember, we saw all of these top five beaches in one day and still had time to settle down for a bit and enjoy a couple of great meals, so even if you only have one or two days in the Algarve you can still see plenty (just get an early start)!

Looking for more information about Portugal? Check out where to eat in the Algarve and find out how to work the toll roads!