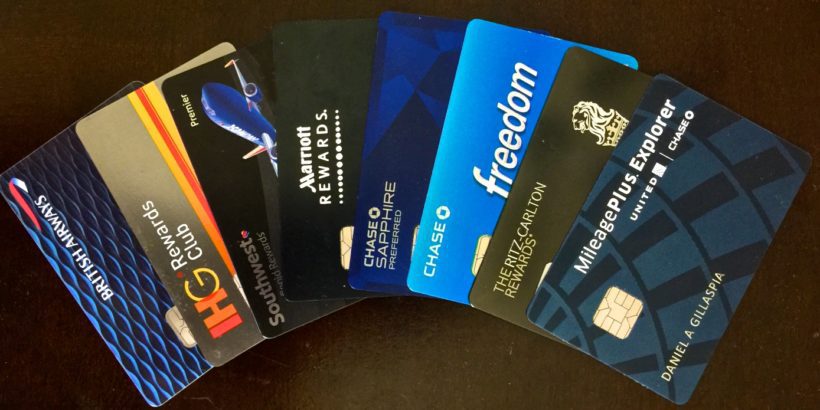 A common question I get and see from newbies is whether or not it’s too late to get into travel hacking. The question is usually posed after someone starts doing a bit of research and comes to the slightly heartbreaking realization about how many new rules, restrictions, and lost opportunities have occurred over the past couple of years.There’s no doubt that things are not as easy as they were a year or two ago, but I definitely don’t think it’s too late to get into travel hacking. Here’s my take on it.

I’ll give a breakdown on some things that have changed over the past couple of years, both the bad and the good. This isn’t meant to be a comprehensive list of every change that’s occurred over the past few years, but will highlight some of the more significant shifts with the major banks with respect to their credit card policies, since those are the ones likely to affect most people.

In June 2015 we saw the Chase 5/24 Rule come in and be implemented for Chase house-branded cards and then in 2016 it applied to Chase business cards and even some co-branded cards. This rule dramatically altered credit card application strategies for newcomers because it forced them to prioritize Chase applications. And for those who already had opened a number of credit cards in recent months, it made it much more difficult or impossible to get on board with cards that earn Ultimate Rewards. This was a big loss for many.

After taking a lot of abuse with the World Elite loophole and Citigold account bonuses, Citi tightened up it’s rules. It first lengthened the wait time to obtain another bonus on the same card from 18 months to 24 months in April of 2016. This didn’t make a lot of people happy but it wasn’t the worst thing in the world. Then in August 2016, Citi came out with the one bonus per 24 months per brand rule, which was much worse and significantly limited the ability to rack up 100,000+ points in a hurry. Along with these changes came the removal of the 50,000 sign-up bonus on the Premier and negative changes to the Prestige.

Out of all of these rule changes, the manufactured spend world probably got hit with the most blows since 2013, as some of the most convenient options for meeting sign-up bonuses were largely eliminated. In addition to that, several award chart devaluations occurred but those are always a part of the game, so I won’t get into those right now.

Considering all of the above, it’s easy to see why a newcomer would feel like they are too late to the “travel hacking” table. But in reality, I don’t think that’s the case at all.

While the negative happenings seem fairly substantial, there’s still a lot of good to be taken advantage of. Here are some of the best things still available and my general impressions of where things stand with each respective bank.

If you have an established credit history (especially one with Chase) and don’t have any new applications in the past 24 months, you’re in prime position to take advantage of some of the best sign-up bonuses and cards with Chase. You can hop on the Reserve for 100K points, the Ink Plus for 70K points, the Freedom card for 15K and unlimited 1.5X on all purchases (with no annual fee), and could still get two Southwest cards to earn the Companion Pass.

And then once you’ve met 5/24, you could still go for any number of Chase co-branded cards that are not subject to 5/24. (You could also always check on Chase pre-approvals to see if you could get around the 5/24 rule on that basis.)

If you were able to get the 5 Chase cards above you would be able to do the following:

That’s just one example of how you could utilize the sign-up bonuses from those cards.

In addition to those cards you could always look into many of the hotel cards that aren’t subject to the Chase 5/24 rule. Many of these cards offer great value and free anniversary nights that make them keepers, since they have low annual fees. Some hotel cards to look into include

While Chase did remove some perks of the Sapphire Preferred in 2015, it more than made up for those when it released the Chase Sapphire Reserve in 2016 with its 100K bonus. In addition, Chase raised the bonus on the Ink Plus and has another Ink card soon to be released with a rumored 80K bonus. The Ritz-Carlton card also received a revamp with better benefits and a better sign-up bonus (albeit with an increased annual fee). Thus, this is actually one of the best times to be a newcomer when it comes to applying for new Chase cards and all signs seem to indicate that great sign-up bonuses are definitely not a thing of the past with Chase. Right now,

One great thing about American Express is that there are many ways to earn Membership Rewards. Below are some of the different cards available and some of the best sign-up bonuses.

(There’s also the SPGs personal and business cards that could easily net you 60K miles to go to just about any major airline.)

If you’re able to sign-up for business cards, it’s not hard to achieve earnings to get over 200K Membership Rewards. And there’s no restriction to get these cards based on previous accounts opened. So long as you haven’t had the bonuses for these cards, you could easily rack them up 2 to 3 at a time, as long as you abide by the other American Express application rules.

Let’s say you were able to get a little lucky and get a 100K Platinum offer and then found the often easily found Premier Rewards Gold Card offer for 50K and the Business Rewards Gold Card for 75K. That’s 225K Membership Rewards for just three cards (and potentially one hard-pull).

That could get you:

And after earning those redemptions, you’d still have opportunities to earn up to 300K+ more Membership Rewards over time by using a combination of business cards and personal cards! And finally, sometimes you’ll receive targeted mailings without the one bonus per lifetime rule, which means you’ll still be eligible for certain bonuses. Thus, there’s still substantial earning potential for miles and points babies!

The personal and business card restrictions, “great clawback” of 2016, and Serve shutdowns certainly cast some doubt about American Express’ potential for new travel hackers. However, American Express added benefits to the Premier Rewards Gold Card in February of 2015, recently added 5X to the Platinum earnings in October of 2016 (with more benefits to come), and new Centurion Lounges are popping up each year. Moreover, some cards like the SPG, Delta, and Hilton cards have seen their highest ever sign-up bonuses offered this year. Thus, it’s clear American Express is working to implement positive changes to its cards and programs.

It does seem like American Express is focused more on its target market of higher-income individuals based on some changes and its own statements and that’s the one thing that makes me a bit nervous, since that target market and the travel hacking market don’t exactly overlap. However, I’m still excited about the future of American Express cards due to the number of positive changes to cards, and with the sheer amount of Membership Reward earning options available, I think newcomers should still be excited as well.

With Citi you can still snag the Citi Prestige with a 50K signup bonus and its many benefits, including the 4th night free. You could get on board with Hilton and get two nights free (or get a decent sign-up bonus) and also get with American Airlines with the Platinum Select or the Executive. While it’s not possible to combine sign-up bonuses from multiple cards from one brand like before, when these points are used in conjunction with miles and points from the other programs, they can certainly help you get farther.

Out of the “big three,” Citi is the only bank that now is significantly harder to earn points with and that I don’t have as much of an optimistic view on. The one bonus per brand per 24 months really limits ThankYou Point/American Airline earning potential. Also, with Citi removing the bonuses on cards like the Premier and removing (some of the best) perks on the Prestige it really makes me wonder when things will get good again with Citi. I think eventually they will return to the game but for now they are definitely option C.

Other cards and foreign airlines cards

There are still plenty of other cards to supplement your earnings with. For example, Alaska Airlines still has a great award chart and it would only take a business and a personal card to get you enough miles for a oneway first class ticket to or from Europe.

A lot of foreign airlines credit cards are trash to be honest and they might offer you something like 5,000 miles for a sign-up bonus but not all of them are that bad. Often these cards can be used to supplement the earnings from other cards and help you obtain those final 15,000 to 25,000 miles needed for a certain redemption.

There are travel statement credit cards like the Barclaycard Arrival Plus and the Capital One Venture Rewards Credit Card offering $400 and $500 statement credits that can be used to supplement your savings when traveling.

I think the outlook for “other cards” is decent but some cards, such as the Alaskan Airlines cards, are nowhere near as easy as they once were to capitalize on.

I don’t typically write about MS but it’s worth mentioning here. There’s not a lot of good to say about MS right now. While it’s still possible to do in a variety of forms, most of the methods used over the past couple of years have come to an end or are in the process of coming to an end. This is the one area where newcomers are truly late to the game and because of that it’s going to be a lot harder for many of them to take their earnings “to the next level” of travel hacking. Racking up huge point balances for amazing round the world trips is still possible, it’s just not nearly as easy as it once was. I’m sure more MS methods will come around in the future but for now, people will just have to sit tight.

There’s no denying that things are not as good as they were merely two to three years ago. However, there’s still a lot of potential for newcomers to take advantage of and in a lot of ways, it’s much better to be a newcomer than someone who’s been in the game for years. If you’re just starting out and can execute a sound strategy for getting some of these new cards, there’s no reason why you still can’t take the trip of your dreams or accumulate tons of miles and points. But I wouldn’t wait too long, there”s no telling what the landscape will look like another year or two from today.