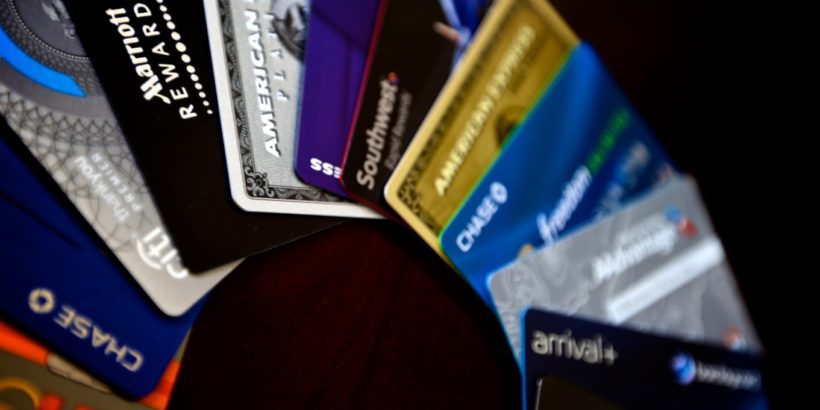 Have you ever stopped to think about how the banks are making money from the credit cards that they issue? Your first thought is probably that their profits come from all of the interest payments that people make, which is definitely true. However, there are several other ways that banks gobble up revenue and being aware of some of them can help you avoid incurring additional fees.

In 2016, the average American household carried around $16,000 worth of credit card debt and it’s estimated that around 38% of all American households carry some credit card debt so that the total amount of revolving debt in 2016 was around $929 billion. With around 40% of the population not paying off their credit card balances in full each month, it’s easy to imagine how much these bank issuers are making on interest payments alone.

It’s always recommended to pay off your credit card balance in full each month. If you’re thinking about making a large purchase or several purchases that you can’t pay immediately pay off, think about putting them on a 0% intro APR card. You’ll likely have 12 to 21 months to pay off that balance without incurring any interest and you might end up saving yourself hundreds of dollars by avoiding interest.

So you might wondering whether or not banks still make money on you when you use your card if you pay your bill off in full each month? The answer is yes because interest alone isn’t how many of these banks make their revenue….

When you use a credit card at a store, the merchant (or the store you’re buying products from), has to pay something called an interchange fee (or “swipe fee”) that goes to the issuing bank. In fact, the merchant usually has to pay other fees like flat fees for each credit card transactions plus processing fees but that process is a bit complex so I’ll save that for a later article.

So how do interchange fees work?

Let’s say you go into a store at the mall and buy a $100 pair of shoes and you use your credit card to purchase the shoes. That merchant will have to pay somewhere between 1 to 3 percent of that transaction in fees, like the interchange fee. A sliver of the fees also goes to the payment network (Visa, Mastercard, etc.), but the bulk of the fees go to the issuing bank and then the processor. So, for example, if that credit card you used was a Visa card issued by Chase, Chase would receive around $1.50 to $2 on that transaction, the processor might receive around 20 cents, and Visa would receive a much smaller piece of the pie like something around 10 cents (these are just estimates).

Interchange fees are somewhat controversial in that many believe that they are much higher than they should be. It’s argued that the technology needed for processing credit card transactions has advanced enough that the costs associated with processing them should be minimal. Also, with higher interchange fees, many believe that these costs are passed on to the consumer in the form of higher prices.

There’s probably a lot of validity to those arguments, though I admittedly haven’t focused my research on that area. I personally don’t mind if slightly higher costs of products are passed on to me because I feel like I have a good enough grasp on maximizing rewards that any marginal increase in cost is outweighed by the value I receive from points. If the alternative was slightly lower prices with no rewards, I’d prefer the situation we’re in now. Obviously, that doesn’t apply to every consumer, though, so I could see why advocates are pushing to further decrease interchange fees.

Credit card companies also charge a number of other fees to increase revenue.

These are probably the fees you’re most familiar with. Most valuable rewards cards come with annual fees, although some like the Chase Freedom and Discover It come without annual fees. For some banks, it’s becoming more common to waive annual fees for loyal customers while others are more stubborn about offering waived fees.

If you properly utilize downgrade and product change strategies, you should rarely have to pay an annual fee (at least starting in year 2). Also, it’s important to always have a way to accurately  measure or quantify the value you receive from your card on an yearly basis because many times it makes economic sense to pay the annual fee since you’re reaping benefits that far outweigh the cost of your annual fee.

Sometimes you can get offers to make a balance transfer well after you’ve opened up a card. You’ll almost always have to pay a balance transfer fee on these offers but you can often receive promotional rates and if your balance is very high, you’ll still probably end up saving money in the long-run so don’t be turned off by the fee.

If you’re late on your credit card payment you typically get hit with a late fee that’s around $30. Always inquire about getting your late fee waived. If it’s your first time paying late and it’s only been a couple of days since your due date or there are extenuating circumstances surrounding your payment, it’s not uncommon for a bank to waive your fees. However, the banks will become less generous if this becomes a recurring habit.

Typically, foreign transaction fees cost you 3% of the total purchase you make while abroad (some would even charge your for online purchases made with a foreign merchant). The increasing trend, spearheaded by Capital One, is for rewards cards to waive all foreign transaction fees. In fact, I think it’s almost harder to find a travel rewards card that doesn’t waive an annual fee nowadays.

These fees have largely disappeared due to banks becoming more proficient at hedging their risks that are brought about by fluctuating foreign currencies and the uptick in economic activity post-recession that’s led to consumers running up balances again and higher APRs. 3% may not seem like a lot, but it could certainly add up and it’s nice to not have to worry about spending money on that fee while abroad.

Aside from gift cards, these are rarely seen but some banks have charged activation fees for their cards.These fees are a complete joke to me and since they’re uncommon you probably don’t have to worry about them, but I have seen them attached to pre-paid cards and/or secured credit cards before so always be on the lookout.

Cash advance fees typically offer you no grace period on interest and charge you a fee in addition to interest (usually 2 to 5%). On top of that, the interest rate is usually higher than what your rate is for your card.

So if you withdraw $500 on a cash advance and then pay it back 7 days later, you will probably have to pay interest (at a high rate) on that $500 on top of the cash advance fee (and possibly an ATM fee as well). *There are ways to get cash by liquidating gift cards that allow you to essentially bypass cash advance fees but that’s a topic for another discussion.*

To avoid this problem (or at least mitigate potential headache) call or message your bank to set your cash advance limit as low as possible. Sometimes that limit is set to around $20 but other times you can bring it down to as little as $1 or $0.

Some banks and payment networks sell demographic data to merchants to assist them with their marketing efforts. This does not involve the transmission of your personal details that are identifiable but involves selling zip-code data in mass. Merchants or advertisers can then pay or bid to see how many potential customers might live in a given zip code. It doesn’t pose a threat to your personal security but many people are turned off by these kind of practices. I’m not aware of any method for opting out of this practice so this is probably just something we have to deal with for now.

Banks make money from their credit cards in a variety of ways. Interest payments and interchange fees are likely their key money makers but other fees allow them to make even more. By being aware of the different fees and how you can avoid them, you can save yourself some cash and avoid common pitfalls.