Singapore Airlines KrisFlyer just announced that it’s planning to implement a change to it award chart for the first time since 2012. These changes are being made to “ensure that flight rewards remain sustainable yet competitive.” Specifically, changes are affecting Saver Award levels in the Singapore Airlines and SilkAir Award Chart.

The following awards are not affected:

Also, the redemption rate revisions only affect Saver Awards for Zone 7, 9, 11, 12, 13, although the loss of the 15% discount booking will affect redemptions to those zones as well.

The changes will be effective for all bookings and tickets issued on/after 23 March 2017.

The loss of the 15% discount hurts since that was always an easy way to save thousands of miles on redemptions. However, the 15% online discount and current Saver Award levels will remain for redemption or redemption upgrades that are booked and ticketed up till and including 22 March 2017, so there’s still time to take advantage of this feature.

But let’s take a look at some of the new redemption rates:

Routes: Houston to Manchester and New York to Frankfurt (A380 route)

All of the fares on this route have gone up roughly 25%. This isn’t horrible compared to many other programs and it will be interesting to see how cheap the award tickets to Europe end up costing, since you typically get hit with some pretty hefty fees when flying in and out. For example, a round trip business class ticket from Houston to Manchester would get hit with $467 in total fees and even an economy ticket would get hit with about $300 in fees. I want to see what those figures will look like after the change, since 130,000 for round trip business class to Europe with no surcharges is not that bad.

For this route, Singapore Airlines shows the removal of $327 in fuel & insurance surcharges that would otherwise be imposed before on a business class flight. So for 20,000 more miles, you save approximately $327.

Los Angeles to Tokyo (and Seoul)

These are increases from 20 to 23%. I’ve flown this route before and fees were very minimal so I don’t expect the loss of fuel surcharges to do much here.

Take a look at Singapore to Tokyo, where you can on the A380 and experience Singapore Suites. 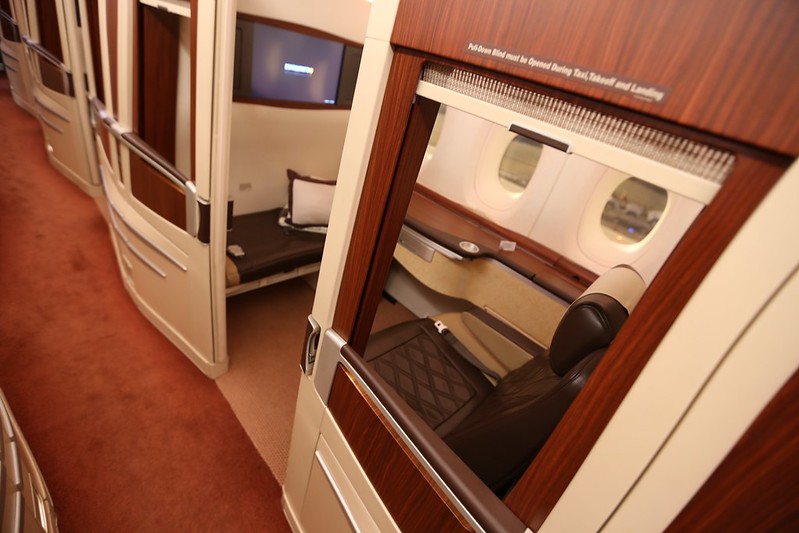 This is a route where I didn’t have much issues finding saver award availability while booking Singapore Suites about a year ago. Even though this is a shorter flight (7.5 hours), it’s a route I often recommend for people struggling to find open seats on Singapore Suites bookings to other destinations. The ~22% increase in redemption price for first class still isn’t horrible to me.

Devaluations are never good news obviously, but the increases here are not astronomical and seem to range from 20 to 30% so there’s no need to panic. It’s been almost five years since the last change with Singapore’s award chart so in my opinion they were overdue for a change. And the increases here are nothing like we’ve seen in cases involving some of the other top first class cabins like Alaska’s overnight nuking/devaluation of Emirates awards, which drastically altered possibilities for aspirational redemptions.

And don’t forget, Singapore Airlines is a transfer partner of the four major rewards programs: American Express, Chase, Citi, and SPG, so it’s ridiculously easy to accumulate points for the program. So while these changes may not be welcomed, for those eyeing a seat on Singapore first class, there’s still no reason to panic.

And finally, these changes may actually be good for economy passengers. The overall increase in miles required for many of the economy flights isn’t too bad but surcharges have always been somewhat of an issue when booking Singapore economy flights to places like Europe. With those eliminated, some of the economy redemptions actually become more valuable and make a lot more sense.