What is the British Airways Travel Together Ticket?

Travel Together Ticket is a ticket that you can earn once a year from spending $30,000 within a calendar on the British Airways Visa Signature Card. Keep in mind that this is just a single ticket and doesn’t function like the Southwest Companion Pass that can be used on multiple tickets.

This Travel Together Ticket comes with a number of restrictions that you should be aware of. Here are some of the more important ones:

Overall, these limitations aren’t that bad. The two most important limitations to me are that you can’t book on partners and that the flights must be roundtrips originating and returning to the US. That means that in virtually all circumstances I can think of you’re going to be hit with British Airways fees and fuel surcharges.

And these fees can be pretty substantial. I’ll show you what I mean.

Economy fees from Houston to London roundtrip were around $457 per person plus 32,500 Avios for off-peak awards.

Flights are getting so cheap to Europe now and with Norwegian, WOW, and even IAG/British Airways subsidiary Level coming into the market, I’d struggle to pay that much in fees and points knowing I could potentially find a fare just as cheap or cheaper by paying straight cash. (It should be noted, however, that the British Airways flights in economy price at over $3,000 roundtrip for this route.)

It’s 150,000 Avios for a peak award (125,000 off-peak) between IAH and LHR but you’re looking at $1,256 in fees. The cash price for a roundtrip business class ticket from Houston to London is $7,694, so you’re actually still getting a fantastic “discount” on the rate. And while these rates can be much lower if you catch the right promo, $1,256 for a roundtrip business class ticket would be nearly impossible to beat.

Let’s see how the value compares for first class. 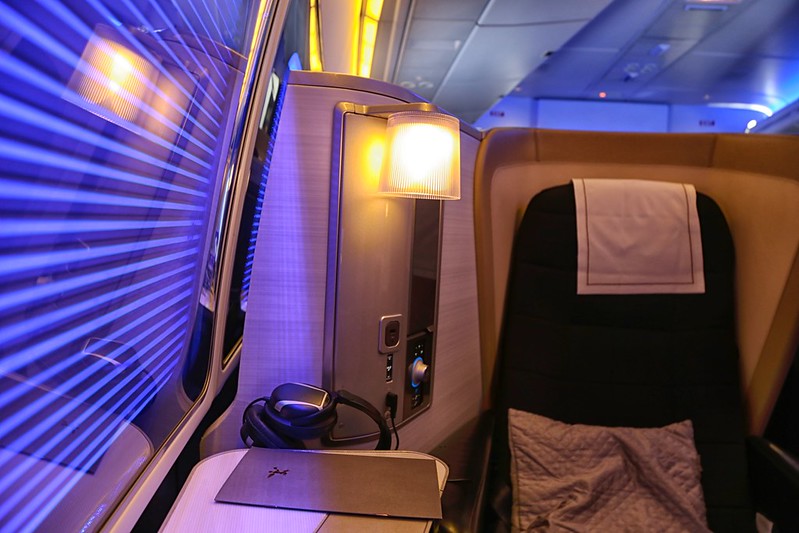 This is why some people prefer to utilize the Travel Together Ticket for first class tickets. They figure if they’re going to pay over  $1,200 in fees for an additional ticket, they might as well maximize the value.

Do I think the Travel Together Ticket is worth it?

I personally don’t think this benefit is worth pursuing considering that it requires $30,000 worth of annual spend that I could put on a number of other cards and earn much more valuable bonuses and forces me to pay high exorbitant fees for awards.

The way I see it is that if you book two premium tickets you’re looking at a total cost of about $2,513 in fees. That’s just too much in fees for two award tickets for me to find attractive and while I really enjoyed first class on British Airways, I just wouldn’t ever want to pay that much in fees.

For that reason, I personally wouldn’t go chasing this perk but if meeting the $30,000 threshold was not an issue for you and didn’t present opportunity costs dilemmas, then it’s not a bad way to capture a lot of value on a premium fare. I’d think of it as getting something like a 90% discount on a first class fare or huge discount on a business class fare and from that perspective it doesn’t sound as bad. Thus, if you’re the type of traveler who already intended on dropping a couple of thousand bucks on premium cabins, this benefit could be perfect for you.