We’ve been anticipating the announcement of the new Singapore First Class Suites for what feels like a very long time. Details have slowly trickled in over the past few months, so we at least know a little bit about the new product. Here’s what we know or at least highly suspect to be the truth) so far:

We learned these “facts” via a combination of announcements and leaked images.

For example, in an image taken from a ferry flight you can see the different window patterns in the A380s below. The photo on the right is of the new A380 where it looks like the first class suites are situated on the top deck based on the fact that the window pattern more or less follows what is seen for the first class cabin on the current A380.

We later saw a leaked “test seat map” of the first class cabin that clearly shows only 6 suites. 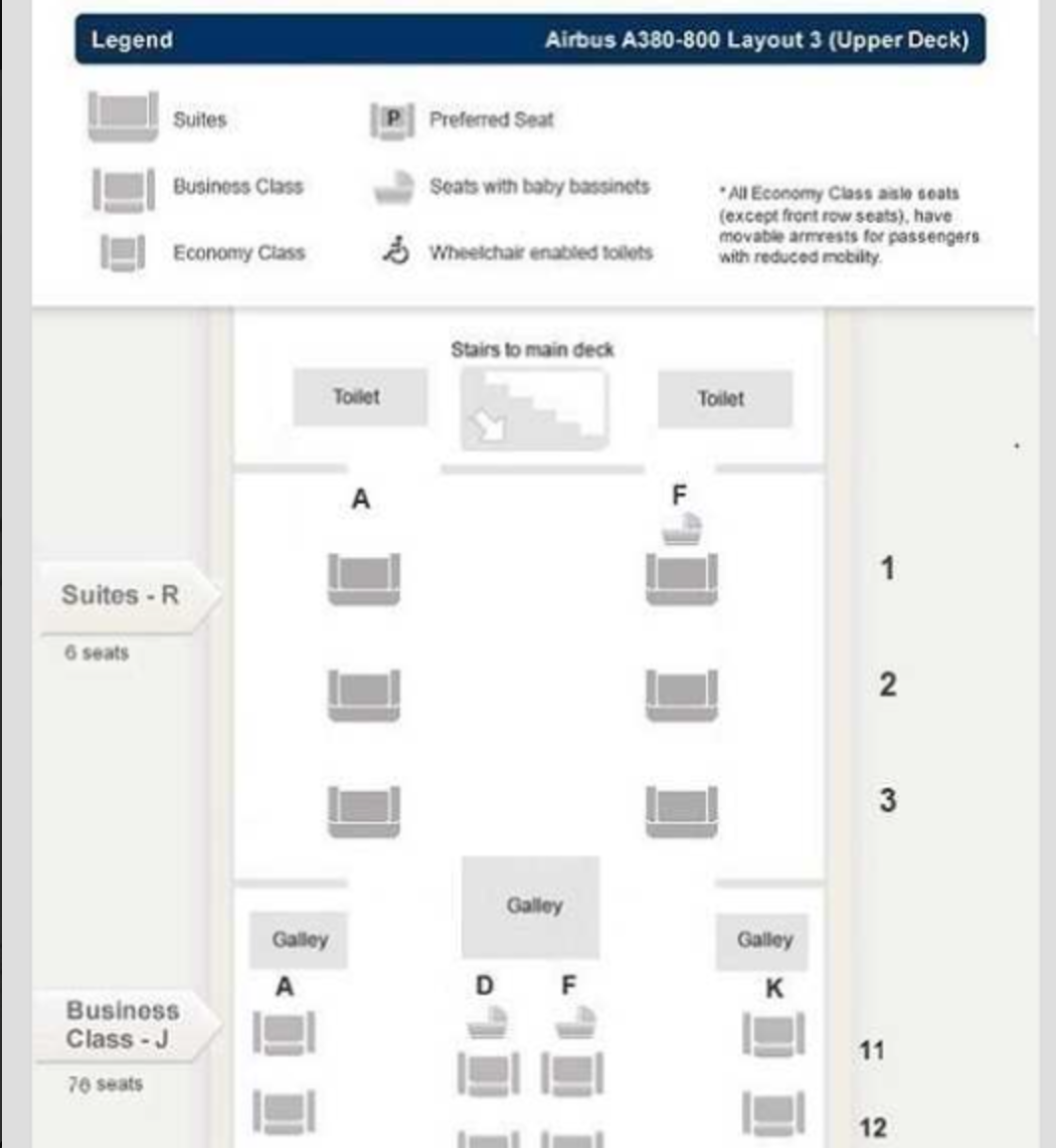 The latest update via Traveling for Miles (via Flight Global) states that Singapore Airlines will be retrofitting 14 of its existing A380 aircraft with new cabins throughout the aircraft. So it won’t be just first class getting the face lift but even economy, premium economy, and business class. The in-flight entertainment will also be upgraded. Singapore is expected to announce the timeline for the retrofit later in the year. 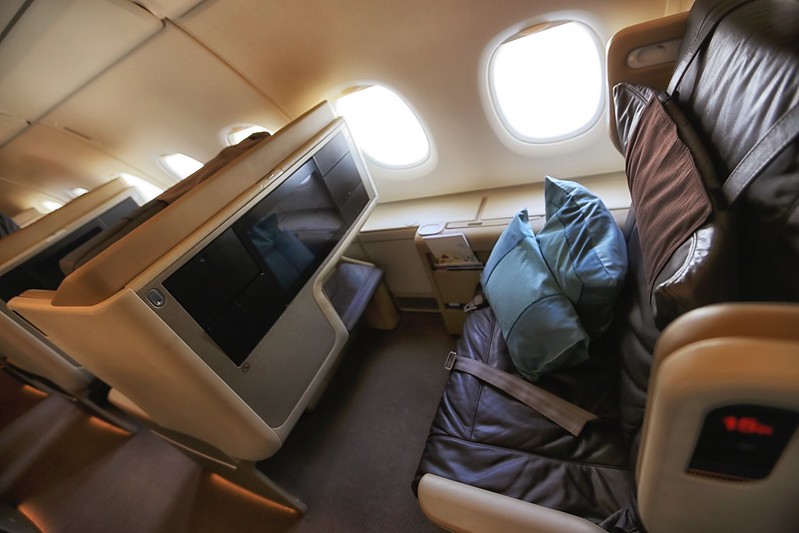 The retrofitted A380s will be in addition to the 5 new A380s that Singapore is expected to receive between October 2017 and May 2018. That will put the total A380 aircraft count at 19 for Singapore, as 5 of their original A380s are being returned to the lessors.

When will the new Singapore A380s be in service?

We were supposed to have heard an announcement about these suites by the end of Q2, so something tells me that things might be lagging behind just a bit. With that said, the rumor is that Singapore is planning to begin flights with the new A380s in October of this year. It’s also rumored that the new aircraft will serve the SIN-SYD route first, though I’m not sure how confirmed these rumors are.

I’m very excited for the official announcement/release for these new cabins. Singapore Suites are such a special experience and even though the current suites are roughly 10 years old, they are still among the industry’s best. So I’m really optimistic about what Singapore is going to be able to do with the new suites, not to mention what the new business class might look like. I’ve got a feeling that we’re probably going to hear something any day now.