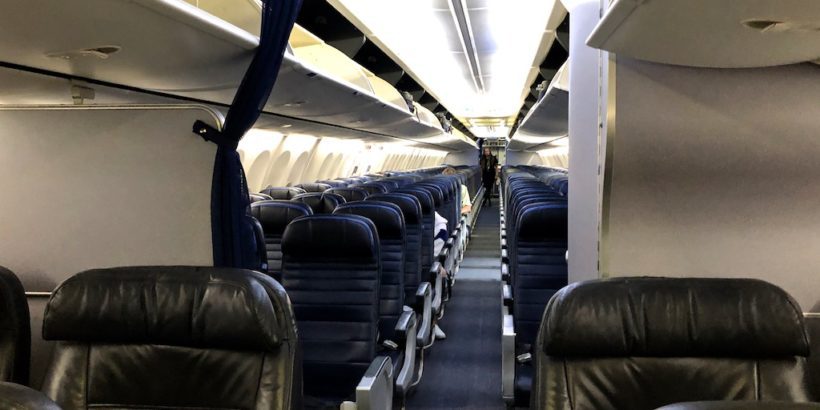 United recently made a commitment to block out the middle seat and then within 10 days had at least one flight departing that looked very full and had passengers seated in every seat throughout multiple rows.

With the help of Twitter, this quick reversal caused major viral backlash as many people criticized United for going back on their commitment so quickly and without notifying passengers.

But to United’s credit they have responded and implemented a new policy to help passengers avoid these super crowded flights.

If a flight is at capacity or very full (think 70% full or more) then passengers will receive notifications that they should expect a packed house when flying.

If the passenger prefers, they can be moved to a different flight that potentially may be less crowded or they can even opt to receive a travel credit.

United is aiming to send out these notifications 24 hours prior to departure to give customers plenty of time to make any changes that they need to.

The policy is set to go into effect next week and will last until June 30.

United’s swift response to this issue is pretty impressive, I have to be honest. In the past, United has dragged their feet when responding to situations where customers were unhappy so this is a nice reversal of expectations.

I do wonder how easy it will be to find a flight that is under 70% capacity, though.

You would think it would be pretty easy as United stated that more than 85% of its flights are less than half full.

But I wonder if some specific popular routes are frequently at higher capacities?

Air traffic is down something like 95% but because there are so many grounded planes this means that the flights that are still going out have high capacity sometimes.

Still, I think that it is great giving customers the option to find flights that are more suitable to their risk levels and this represents a nice step forward for United Airlines.