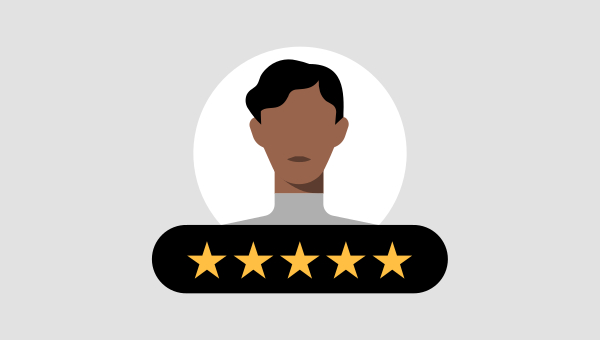 Uber is huge, as in worldwide huge. So, having a good Uber Rider rating is important to get accepted for Ubers. If your score is too low, you might have to wait longer or even be removed from the Uber platform.

In this article, I go over what exactly an Uber rating is, how to check it, how to rate drivers, and understanding the whole Uber rating system.

What is an Uber Rider rating?

All your ratings will average to a number that creates an Uber rating.

How to check my Uber Rider rating?

Checking your Uber Rider rating is as easy as opening up the app and displaying the sidebar.

So, once you opened up the app, click on the sidebar menu icon at the top left corner of your app.

If you click on your Uber Rider rating, you will be directed to an explanation of your Uber Rating and how Uber encourages riders and drivers to rate each other showing how it’s important to leave feedback to one another.

As an Uber Rider, you cannot check the rating of each trip you took.

How do Uber ratings work?

For both Uber Riders and Drivers, they are set up so both the rider and driver rate each other.

Drivers have to rate riders, as it’s mandatory. Riders have the option to rate drivers and it’s not necessary each time you take an Uber.

When you complete any trip as an Uber Rider, you have the ability to give your driver feedback. It will be in the form of a star rating between one and five, five being the highest rating.

The rating you give your driver will be part of their average Uber rating. If the driver has done 1000s of rides, your rating might not make a dent into your driver’s overall rating.

Depending on the rating you gave your driver, you can either give critical feedback for why you rated your driver lower than five stars or give a compliment at five stars.

When you give less than five stars, the critical feedback is necessary so Uber knows what your reason is for rating your driver lower than five stars. It also filters out ratings not for the driver but for the app. So, if you pick a reason that is related to the app, the driver doesn’t get punished.

If you rate your driver five stars, you can give a compliment to your driver. When you add a compliment, you can also submit a message that also shows up with the compliment icon. These compliments then show up on the driver’s profile page, which you can see before, during, and after that ride with that particular driver.

Compliments don’t add to the Uber Driver’s overall rating. However, it does encourage the driver to keep on driving for the platform and sometimes drivers can get badges for receiving enough of the same compliments.

Again, the rating an Uber Driver gives an Uber Rider will be part of the Uber Rider’s average score. If the rider has a couple of ratings, then it’s easy for ratings to affect their average Uber rating.

When an Uber Rider completes a trip, the Uber Driver for that trip will end the ride. Once the ride is completed, both the rider and driver have the ability to rate one another.

The Uber Driver has to rate the rider before they move on to their next ride or get anymore ride requests.

If the driver rates the rider four or fewer stars, the driver then has to select why the rider got fewer than five stars. Selecting the reason is very important as it prevents drivers from rating all riders badly since Uber has the ability to audit ratings.

How do I rate my Uber Driver?

Rating your Uber Driver is as easy as opening up your app.

Remember, you can always rate your Uber Driver later, but only for a short amount of time.

As I mentioned above, the number of stars selected will give you a prompt to give either a compliment or feedback.

For example, if you gave five stars, it would look like this.

If you want to give a compliment, you can select only one compliment.

But if you selected four or fewer stars, you will have to submit your reason why you think the driver isn’t five-star material.

Once you are under the trip, you can select the blank stars to add a rating. If you want to edit a rating, just select “edit rating”.

How to view my Uber Drivers rating and compliments

It’s easy to check your Uber Driver’s rating. You can see it when you first get assigned a driver. You can then look at facts about your driver by clicking on their headshot. You will then be taken to their profile to see other rider feedback and your driver’s accomplishments.

If your Uber rating is low, you can be kicked off of the Uber platform as a rider or a driver.

If you are an Uber Driver, your minimum Uber rating depends on the type of Uber you drive. For example, UberX and UberXL Drivers cannot go below a 4.6-star rating. If the driver does, they will be kicked off the Uber Driver platform.

Uber Select cannot go below a 4.75-star rating, if the Uber Select Driver goes below 4.75, they would be demoted to UberX or XL. The same goes for Uber Black and so on.

Does it mean as an Uber Rider that you have a free pass to get a low rating? No, and I highly recommend to keep your rating up. The higher the rating you have, the more likely it is that a driver will accept your ride.

In fact, I used to drive for UberX. I have skipped over-riders that had ratings below four stars as each request will show how many stars the rider has. So, I do strongly suggest keeping your rating up as it does influence a driver picking up your Uber request.

How to raise my Uber Rider rating

In reality, there is no shortcut to raise your Uber rating. The rating you have is an average, so adding one more five-star ride to your rating average might not even make a dent.

Luckily, there are simple things as a rider that makes the driver more likely to rate you five stars.

Always be at the pickup point before your driver

Plus, when the rider is at the pickup point, it allows the driver to worry less about where to wait for the rider.

Having an accurate pickup point

Being aware of your surroundings

If you want to eat in the car, please ask first and make sure you clean up your trash. Nothing is worse than picking up McDonald’s trash that smelt up the car.

Drivers are humans too

Yes, sometimes we as consumers have to remember that people do work in service-type jobs like Uber. While most people won’t care about common courtesies like saying “how are you”, but saying stuff like that to an Uber Driver makes them realize you actually think of them.

I know what I am saying above is redundant as everyone knows this, but sometimes asking about their day can make a driver feel better.

Most Uber Drivers own their vehicle, so take care

Again, Uber Riders that disrespect a vehicle by hitting the door with their foot, slamming doors, or making a mess in the car will definitely be more than likely marked down. Nothing is worse for a driver to see his or her own car get beaten up by a rider because of hitting the door, breaking objects, scratching, etc.

Normal wear and tear are normal, but breaking things or potentially damaging the car isn’t normal.

Can the Uber Driver change an Uber Rider rating?

A valid reason might be selecting the wrong rating and explaining why the original rating is not the true rating you wanted to give out to the rider.

Can I deactivate my Uber rating?

You cannot ever turn off your Uber rating on your own account. You are stuck with Uber ratings on.

Is it possible to remove an Uber rating some gave me?

In fact, there is a way to remove an Uber rating from a driver or rider. However, you need to provide proof that you don’t deserve the rating.

For example, the Uber driver could have been provoking you to buy something. Once you exit the vehicle, you could contact Uber support immediately and tell them the story of how the Uber Driver gave you one star lowing your average and all because you said no to buying their mixtape.

The same goes for Uber Drivers disputing a rating from a passenger. I once had a rider that spilled coke all over my backseat, I ended up filing a cleaning fee as the coke got everywhere on the seat and floor making me go home to clean out my back seat. The rider did give me one star for the cleaning fee, I was able to dispute it.

Uber ratings are important and definitely a two-way street. Both riders and drivers should rate each other, but must be aware that each time you rate a rider and driver that it could hurt their average. So, make sure you have a good reason otherwise Uber might not even count your rating.