I remember the first day I arrived at my hostel in Bondi Beach, Australia. I was eager to set out and explore the amazing country known for its exotic wildlife and landscapes but had no idea what kind of adventures I’d ultimately experience. With my bags still not even unpacked and not knowing where to begin, I asked the girl working the front desk about things to do and she handed me what seemed like 20 brochures of all kinds of crazy adrenaline-packed things to do and places to see.

I hadn’t met any of the other people in my program that I’d eventually become good friends with so I was still in that weird phase of “semi-shock” that can hit you when it first dawns on you that you’re in a foreign country, thousands of miles away from anyone who could recognize your face. At that point, an adventure to me was just getting to know new people and getting situated with my surroundings.

Anyway, I opened up one of the brochures, a little red one,  turned a few pages and saw this photo of someone jumping from an airplane. Their face was lit up almost as bright as the sparkling turquoise ocean they were free falling over. I couldn’t help but admire this person. “Good for them,” I thought. I’ve always been inspired by seeing people live their lives to the fullest, regardless of how reckless their acts may sometime appear to be.

As I looked at more photos of others gliding through the clouds on their way down to a safe landing on the beach, I wondered what it would be like to experience such a rush — not to mention to do it while free falling over such spectacular scenery like the Great Barrier Reef. I imagined how accomplished they probably felt and how proud. But at the same time I almost felt a kind of guilt. Like I knew that deep down inside I wanted to do stuff like that but I was reasoning myself out of attempting such a crazy, radical adventure because of fear. I closed the brochure, stuffed it into one of my bags and never really thought about it again. At least not for a while.

My knees are a little weak as I’m entering into a small, crowded plane getting ready to be taken 14,000 feet up into the air to be dropped over the same stretch of ocean I’d seen once upon a time in that little red pamphlet.

During those two months I’d gotten close to a handful of great people I’d met through the program. While most of us lacked any kind of extensive adventurist past, we’d developed a pattern of, for better or for worse, talking each other into risky activities like shark diving, surfing in a strong swell at Bondi Beach, and somehow all talked each other into skydiving a couple of weeks before. Since the day we’d booked the skydiving trip, I hadn’t really thought about it much. In fact, the only time I really thought much about it was as we took off from Sydney to Cairns and the fact crossed my mind that the next time I was going to be in  a plane, I would be jumping out of it….

But now, once again, as I was being taken up in this shaky little plane, the free fall that was ahead of me was all that was on my mind. 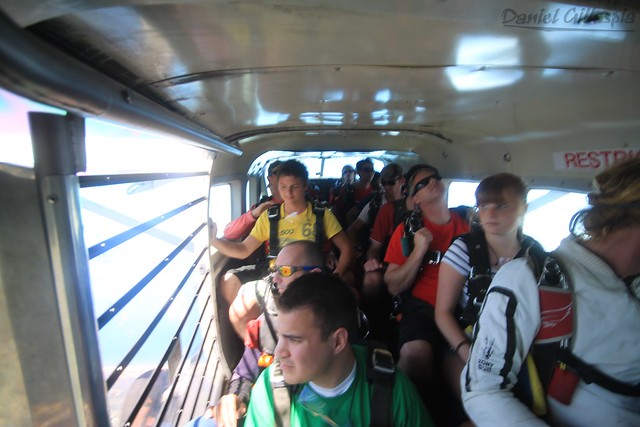 The original plan for this skydiving day was for all five of us to be in solidarity with each other and board the plane together. It’s such a weird thing how the mind works but knowing other people personally and seeing them getting ready to go through the same logic-defying leap seemed like it would help ease my nerves versus preparing to jump with a bunch of strangers. Unfortunately, the people behind the logistic ends of things got my name swapped with another Daniel and I was plucked out of the group.

Of course I was.

Thus, not only would I have to go by myself but I’d be going before everyone else and  to top it all off they put me at the top of the line up so I’d be the guinea pig jumping first! 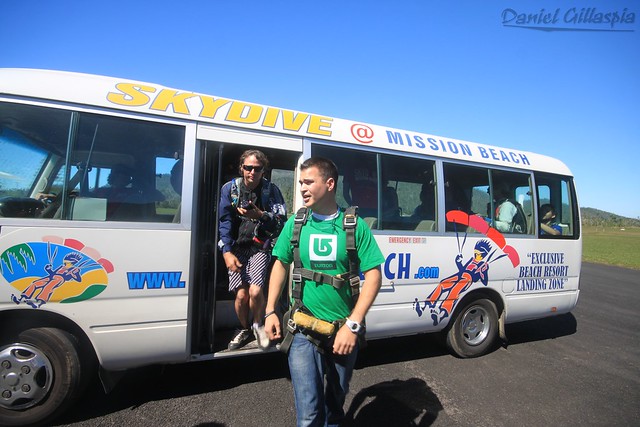 As the plane gained more elevation, the instructors kept telling us “4,000!”…… “5,000!”……”6,000!” With each thousand feet gained I looked out of the see-thorough door that was the only thing  between me and the blue ocean below and just admired the little rocky islands rising out of the sea. Everything from the wide open blue atmosphere to the ocean looked so calm and peaceful, yet I knew what awaited. 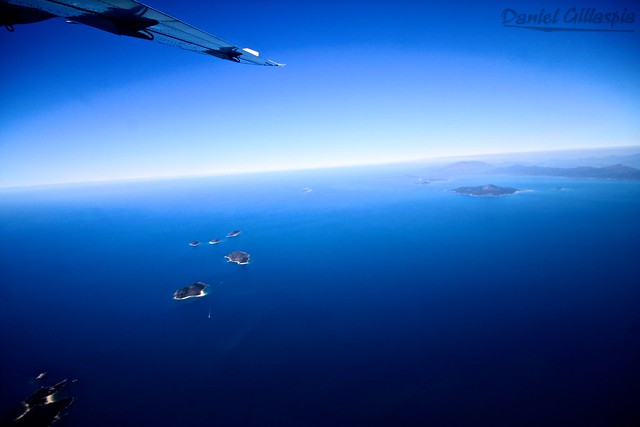 At 6,000 feet I couldn’t believe that  we weren’t even half way there yet! Still, even though the flight felt like it was going on forever, I honestly wasn’t even really nervous anymore. 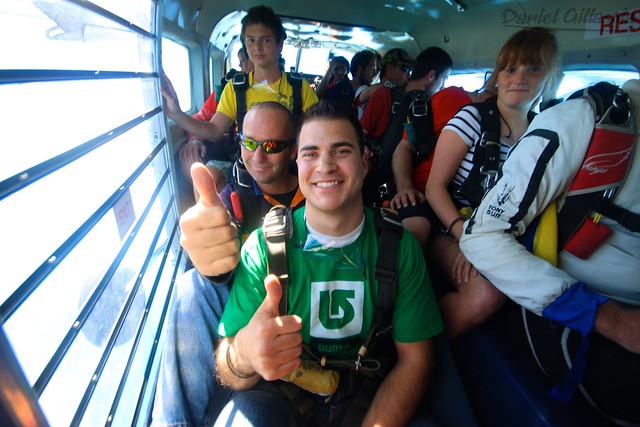 The whole scenario felt too unreal to be a situation where I could feel real emotions. As my instructor buckled me into his harness and tightened up the constraints, it dawned on me that these little clasps were what my life depended on for the next five minutes. Thoughts of them snapping under the pressure or coming undone shot through my mind. But it was way too late to back out. At this point, if anything were to go wrong that’s just what was meant to be and I knew I just had to put the fear aside and just go with everything if I were ever going to exit this plane as I’d hoped.

It seemed like it took us 3 hours to get to 10,000 feet but only 3 seconds to get from 10,000 to 14,000 feet. Once the green light came on  in the plane, all of the camera guys and instructors started to shuffle around as a sense of urgency seemed to fill the plane. And that’s when my nerves came back… in a flurry.

Now it was go time! I turned my body from facing the back of the plane to facing out this plastic see-through door. It was the first time I could really see the other skydivers packed like sardines towards the front of the plane. As soon as I scanned their faces and could sense their weariness, the  butterflies shot through my stomach and I could feel the intense pounding of my chest within the tight constraints of the harness.

After I finally turned in position they opened up the gate. Suddenly, I couldn’t hear anything but wind, its freezing cold currents blasting me in the face as I looked out to the sky. I scooted to the edge of the doorway at which time he told me to extend my legs outside the plane and bend them underneath the plane.

With my legs dangling 14,000 feet up in the air, exposed in the blistering cold winds, the instructor tilted my head back and began the countdown. 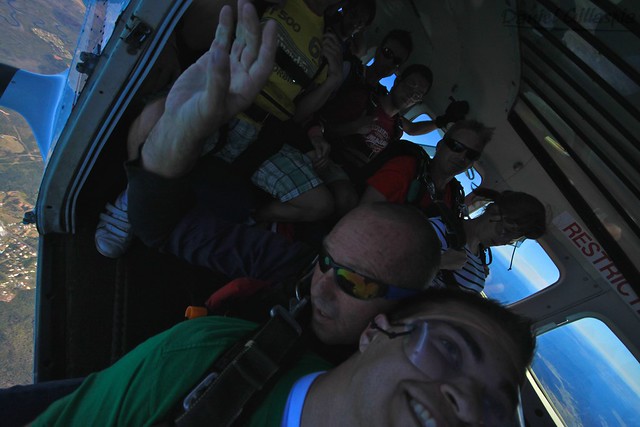 The next thing I knew we were cartwheeling out of this plane. Ocean, sky, and ocean came and left out of my field of vision as we flipped and tumbled in the sky. 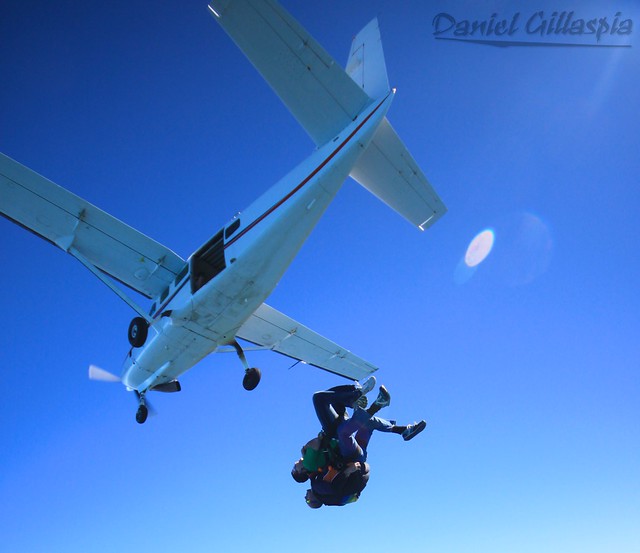 Wind battered my face as if I were sticking my head out of a car window going 90 mph on the freeway. We were flying. 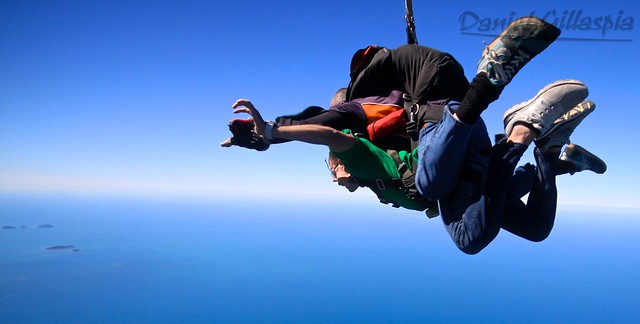 As the camera man whirled around us I didn’t even want to look anywhere else but down. This was the most amazing view I’d ever seen. I was looking down at one of the natural wonders of the world, the Great Barrier Reef,  while free falling from 14,000 feet out of the sky…. This was a view — an experience — that for thousands of years was not humanly possible, never mind the fact that I’d never thought in a million years I’d be jumping out of a plane. This was the stuff I saw in pamphlets that haunted my conscience with temptation to let go of my fears — not stuff that I experienced.  Yet, here I was. 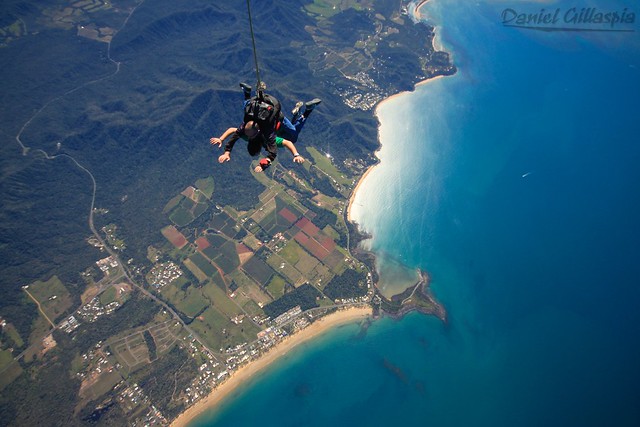 The parachute cord was pulled and after a sharp jolt it felt like I was being sucked back up into the air. 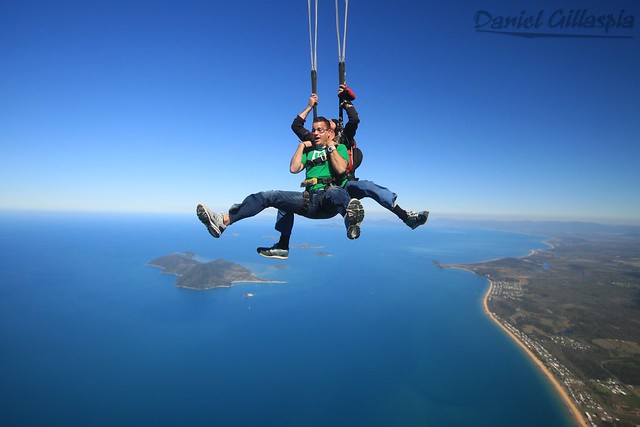 But soon, the tumultuous winds were gone and it was just a quiet soar from this point. I looked out at the turquoise waters  stretching out over the horizon under clear blue skies and couldn’t believe what I was seeing. I was actually floating in the sky above some of the most beautiful scenery on the planet. 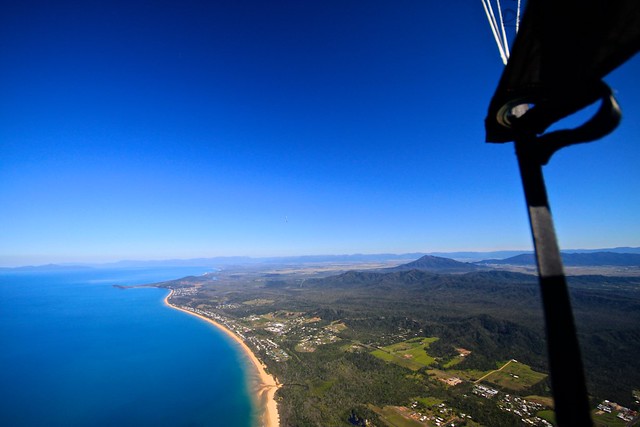 After gliding over the ocean for a couple of minutes we descended toward the shore and the little dots of people and palm trees became larger and larger. Soon, we swooped down onto the sand for a perfect slide landing on our feet. 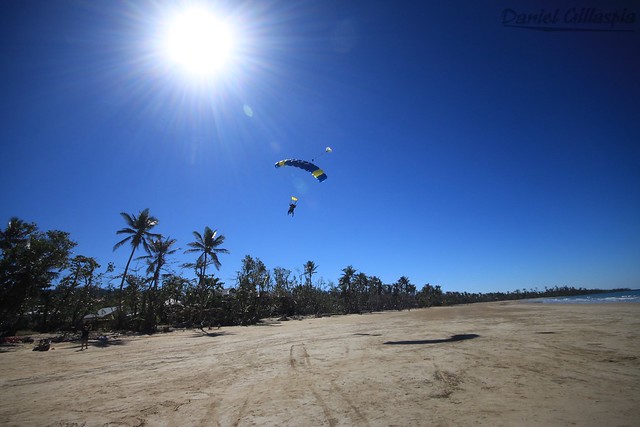 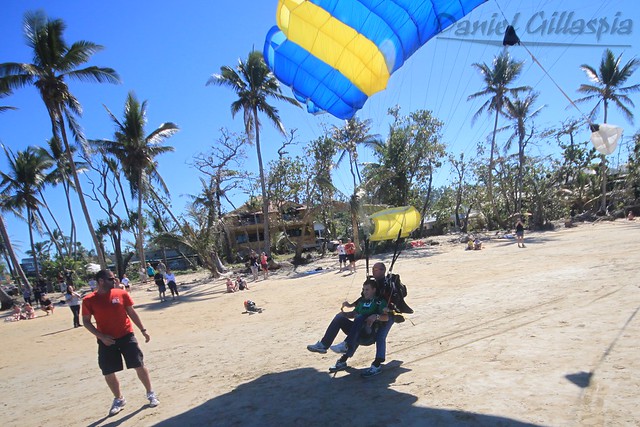 I’d just touched down back to earth. I’d fallen out of the sky, over the ocean, and now I was standing on a beach. I couldn’t wrap my head around those thoughts — it was simply unbelievable. 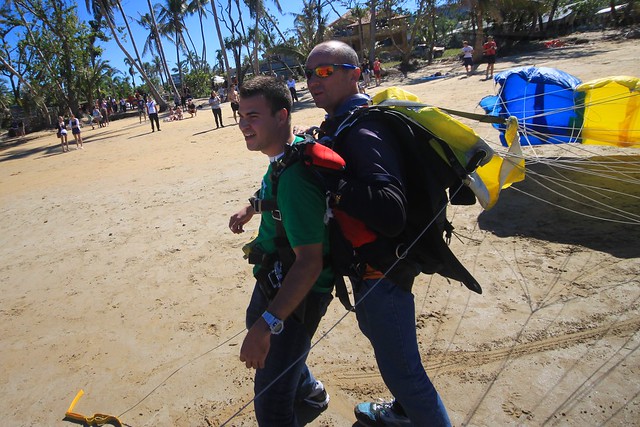 After I landed, my friends were all up in the air going through the same roller coaster of emotions, awaiting their momentous leaps while I was by myself on the beach, walking up and down the shore just trying to pass the time waiting for them to land. 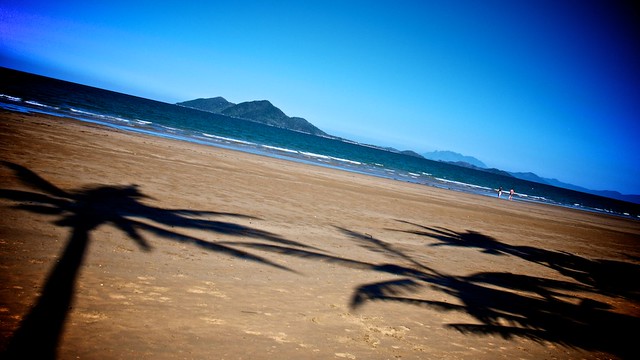 Excitement was still running through me — my adrenaline was still kicking, my heart was still racing a bit but something felt oddly ordinary about the entire experience. It was almost like I realized that this was all “supposed to happen.” Sure, it was all extraordinary  but it was as if I’d just had an epiphany that these amazing experiences — which require taking risks, putting fear to the side, and just gunning for something — weren’t so far out of my reach as I’d thought. And even more than that, they were made for me.

Suddenly, almost everything seemed obtainable and I couldn’t help but wander what else might be out there for me to experience.

I thought to myself, “I guess it’s time to check out another pamphlet.”