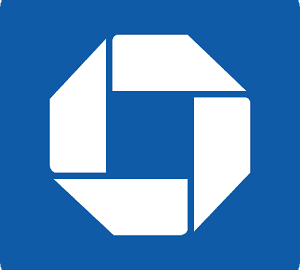 The 5/24 Rule implemented by Chase has just underwent its latest stage in evolution and it’s not looking too good. Per the Doctor of Credit, this rule is in effect for all Chase house-branded cards and many Chase co-branded cards.

The 5/24 rule means that Chase will deny your credit card application if you have had 5 or more credit card accounts opened in the past 24 months.

Tip: This rule doesn’t apply to installment loans like student loans and car loans — it only applies to credit cards. (For many, even being added as an authorized user on a credit card has counted against them so watch out for that.)

At first, the 5/24 rule only applied to Chase cards like the Chase Sapphire Preferred, the Chase Slate, and the Freedom card. However, rumors then came out that Chase stated this rule was going to apply to all business cards, like the Chase Ink+. This news sent some shockwaves to points enthusiasts  but the real punch in the gut just happened when another (credible) rumor surfaced that Chase decided to apply this rule to ALL of its cards, even the co-branded cards like the Southwest, British Airways, United, etc. Thankfully some cards are left unaffected but many of the most valuable cards like the Southwest, Marriott, and United cards are subject to 5/24 now.

Why is this so bad?

Chase has some great co-branded cards for both airlines and hotels. Before, a consumer with a bit of patience could round up several of these cards over the course of a year. But now it’s not so easy. So it’s bad because everyone is going to be greatly limited on the beautiful selection of Chase travel cards they can get approved for.

What makes the 5/24 really bad is that it considers all new credit card accounts from all different banks.

So if you just started in the credit card world and maybe picked up just one American Express, Citi card, and Chase card you are already 3/5 of the way the way to being excluded from being accepted for many cards. And if you’ve been in the credit card game for a while, your prospects are even worse.

Thus, my advice is if you are new to the game and don’t have any or have very few new accounts opened within the past two years, then hit the Chase cards subject to 5/24 with your applications first and put off getting involved with Amex and Citi until you’ve gotten some of the good Chase cards that you’ll be able to use.

If you know that the 5/24 rule will exclude you when it goes into effect, then try to plan out a couple of Chase apps over the next couple of months for the Chase cards you find most valuable. Don’t forget about the Chase 30 Day Rule when applying for these cards.

It’s hard to say which cards are the most valuable and I’d need to dedicate an entire post to that but if I were looking for the most valuable cards, I’d personally be looking at getting the Sapphire Reserve or Sapphire Preferred, Ink/Freedom, Southwest Premier Cards, United, and Marriott. Those cards tend to be the some of the most valuable Chase cards but your individual needs may call for different cards.

Will this rule be enforced 100% of the time?

Sometimes the 5/24 rule is “semi-enforced” and you can get around it by applying in-branch if you’re given a pre-approval for Chase cards. Note: an in-branch pre-approval is different from being pre-qualified for cards online! Also, if you’re a Chase Private Client, you might be able to get around the 5/24. However, in both of these cases, it’s still possible to be denied for having too many new accounts, so YMMV.

Overall, this news is a pretty huge blow to points enthusiasts and really diminished the role Chase is going to play for a lot of people. However, it’s not the end of the world, considering that it still doesn’t apply to all of the cards and there’s always hope of being pre-approved!