I’ve gone through many tripods over the past few years on my quest to find the best. After cycling through a number of cheap tripods, I decided it was time to invest a little bit more money and go with a well-reviewed tripod. So I bought the MeFOTO Aluminum Roadtrip Travel Tripod and I have not regretted it for a second. It’s light, compact, yet still sturdy enough for many of my slow-shutter shots and it’s gets the job done quite well. Here’s my review of what I believe is the best travel tripod.

The tripod comes in a number of different colors.

When I began searching for a tripod, I had a few issues that I needed to address.

When it came to packing for flights, I pretty much had to store my old tripod in my stored luggage. I tried bringing it through security once and while they let me go through with it, they made an ordeal about it being so big. I don’t like causing scenes at airports so I had to figure out an alternative solution.

The other issue was bringing it with me when hiking. The size and weight of my old tripod would make it a burden to try to bring it with me on long hikes. That, and it wouldn’t fit into any of my bags without it protruding out the top. On really long hikes, that extra weight really added up and always tempted me to just leave the tripod at home.

Finally, just bring it on subways, busses, and other modes of public transportation was a hassle. I felt like it was always in the way and it was too big to stuff in my backpack so I always felt like it made me a target when we ventured out in some places, especially at night.

All three of these issues were easily resolved with the MeFOTO Aluminum Roadtrip Travel Tripod.

With the MeFOTO, I don’t have to think twice about taking it with me on a plane. It can easily fit into my backpack or carry-on bag (as seen above). I’ve gone through the airport security probably 30 times with this tripod in my bag and I’ve never encountered an issue. I’ve seen other MeFOTO users even attach the tripod to the outside of their backpacks when going through security, which seems like a good option if you want to save space or only have one bag.

As stated, the tripod only weighs 3.6 pounds and can be as compact as 15.4 x 3 x 3 inches. That’s very compact and pretty lightweight, too. Now, when it comes to trekking through a city or even hiking the weight and size of the tripod is a complete non-issue. If there’s even a chance I might be using it I bring it out with me which is in stark contrast to the attitude I had towards my much larger and heavier tripod before.

While I needed a travel tripod that was easy to carry around I also needed it to allow me to take superb slow-shutter photographs. This is my favorite way to photograph at times and so I needed a tripod I could actually trust.

I read through the reviews of a lot of  light travel tripods that could do okay with slow-shutters but only for around 5 to 10 seconds. I sometimes use up to 30 second exposures, so that wouldn’t fly for me. Luckily, the MeFoto came through. Here are some real-life samples of me using the MeFoto tripod for slow shutter photographs.

This photo was taken at Niagara Falls. I used full 30 second exposures on a a very windy winter day at the falls. Despite the wind, the photographs still came out okay.

Photographing the Dallas Skyline on a vibrating bridge

One of the best tests I put the tripod to was in Dallas. I was photographing from a bridge that was pretty sturdy but as most bridges do it did seem to vibrate just enough to blur my photos if I didn’t anchor the support of the tripod just right. For these photos, I had to lower the neck of the tripod to eliminate blurring from the vibrations. That’s the one tip I have for using this tripod: try to keep the neck from extending too much especially if using a heavier DSLR.

Still when you consider how heavy my DSLR and lens were, the vibrations of the bridge, the long shutter times, and the portability of the tripod, it’s easy to see that the tripod performed quite brilliantly. Keep in mind that I was zoomed all the way in at 105 mm and took the shot with a 20 second exposure. With those conditions in mind, I’d give the MeFOTO an A+. 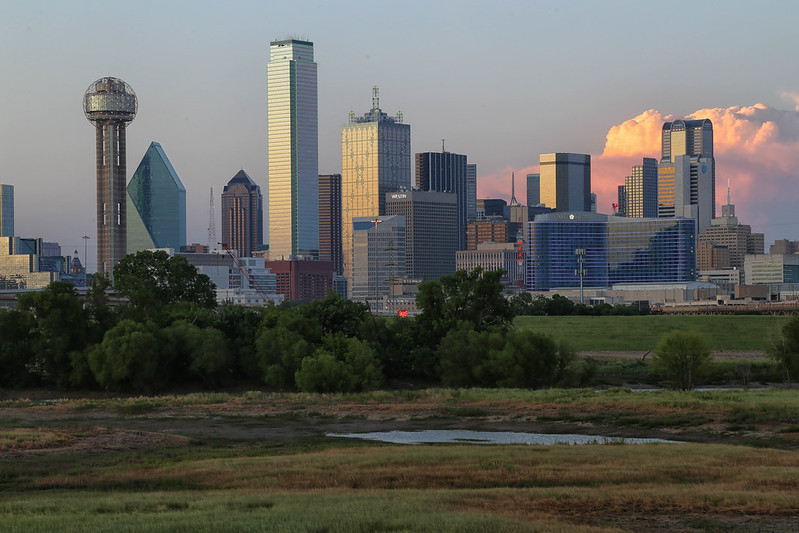 I got to test out the tripod again at a higher altitude where winds were furious at over 3,000 feet. The tripod did great in providing support for my shots and I was able to get both wide angle and zoomed in shots. As you can tell in the photo below, I didn’t extend the neck out due to the high winds, so I’m not sure how it would’ve done with a full extension. 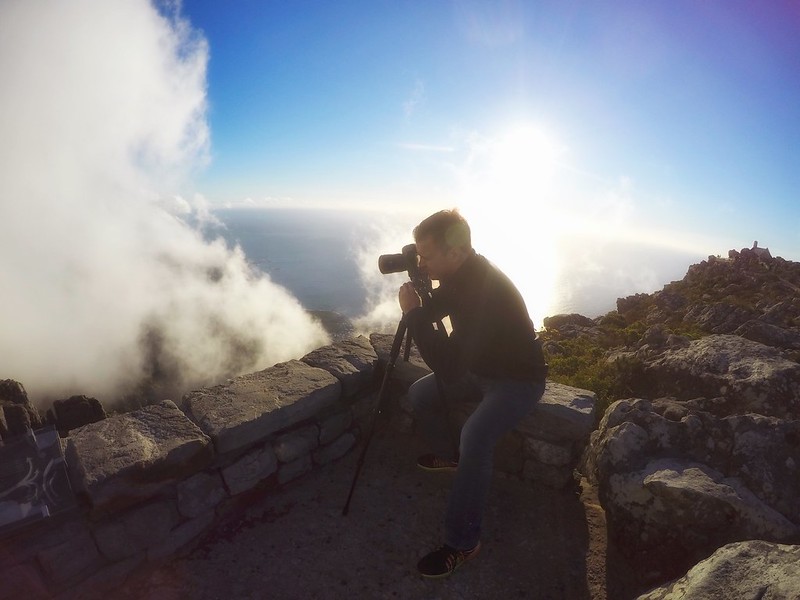 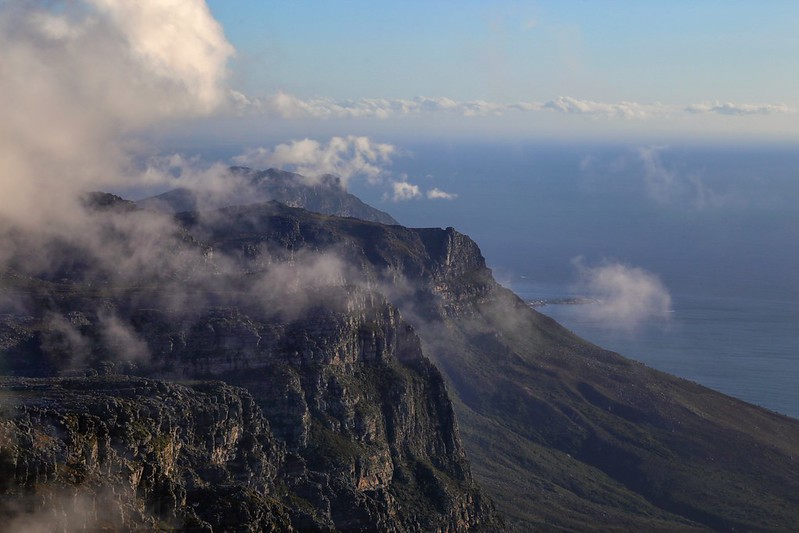 I’ve used the tripod countless other places, including several trips to the sandy beaches at the Caribbean which have resulted in it being exposed to some levels of sand and saltwater. Still, after one year it’s still holding up like a champ and I plan on continuing to use it for all of my future trips.

Even though I absolutely love my MeFOTO, it still has its limitations with slow-shutter photography. There’s just no way of replacing the capabilities of a heavy duty tripod in certain conditions. I personally don’t find that to be a problem, because I rarely find myself needing ultra-long shutter shots (longer than 30 seconds) or stabilization in places where the MeFOTO couldn’t get the job done for me. Still, for some who prefer tripods capable of more “heavy duty” capabilities for shots with very heavy or large lenses, the MeFOTO will likely best be purposed as a travel tripod and not a go-to tripod for every outing.

I’ve tested out the MeFOTO Aluminum Roadtrip Travel Tripod for over a year now and I’ve got to say that it’s met my very high expectations. When it comes to finding a portable tripod that’s made for travel, I really don’t think you can go wrong. I give the MeFOTO a full 5 stars and think the $200 I spent on mine was well worth it.