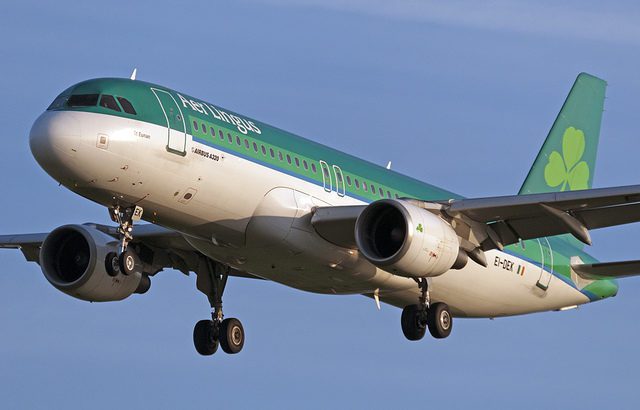 It looks like one of the top sweet spots for getting to Europe has apparently undergone some “re-distancing” for lack of a better word. Aer Lingus just launched its new Aer Lingus AerClub program which is partnered with Avios, but with this addition to the Avios family, came the “re-distancing” of the Boston to Dublin route. I’ll take a look at what this means for Aer Lingus awards to Europe with British Airways Avios but first, a refresher on Avios.

Avios is a rewards program that partners with different airlines and transportation companies. For example, there are programs to use Avios on British Airways, Iberia Plus, Eurostar, etc. The programs for the airlines are separate but related, meaning that they have their own routing rules, award charts, and calendars but also allow you to transfer points between them. I recently heard news/rumors that different Avios programs (British Airways Avios, Iberia Plus Avios) would be consolidated into one program but I’m not sure about when and if that might happen.

For purposes of AerLingus, you can use Avios.com to search for award availability. The preferred method for many has been to use United’s website to find AerLingus flights and then call in to book but now you can also search for availability and book on Avios.com and it’s reported that you can see even more availability online than when you call in (but beware of higher fees).

As an aside, right now there’s a promotion that should allow you to receive 250 complimentary Avios if you create an AerClub account before January 7th. In order to do that, I suggest you first create an Avios.com account and then link it to your AerClub account. To create an Avios account you’ll need some form of UK address (some just use a UK hotel) and you need to sign up at their UK website. So just keep that in mind.

But back to British Airways….

Just like other airlines, you can book partner airlines with British Airways. If you didn’t know, when you use British Airways to book partner awards, you’re forced to use the “peak” redemption rates, which are of course higher than the “off-peak” awards. However, now that Aer Lingus is a part of the Avios family it’s treated like Iberia, and you can utilize off-peak award redemption rates.

Here is the British Airways awards chart (which is the much the same as the new Aer Lingus chart).

In the past, I wrote about the sweet spots to Europe which included using British Airways Avios to book the following roundtrip economy routes on Aer Lingus:

The route from Boston to Dublin is approximately 2,987 miles, which put it just under the 3,000 mile range of the next bracket for British Airways and allowed for that awesome sweet spot redemption of 25,000 round trip.

So now, with the new off-peak awards available, you’d think there’s an even sweeter spot with the Boston to Dublin route because it should be priced at 20,000.

Now, Aer Lingus and British Airways have bumped the zone that the route from BOS to DUB formerly was in to zone 5.

So with that new zone in mind, the redemptions from Boston to Dublin now look like this:

So you can still get the redemption at only 1,000 more total Avios (26,000 round trip), but you’ll just have to book on the off-peak dates. The following months are considered peak dates:

That still leaves you a good portion of January, and all of February, March, May, October, and November to book so it’s not completely bleak by any means. One bummer is that the fees are apparently higher, although not that high (especially compared to what you would pay if you booked through London to get to Europe with British Airways).

Keep in mind that Aer Lingus, British Airways, and Iberia all have different calendars for their off-peak days. You can search those calendars (by year) here. The calendar of the airline you are flying on will determine the rate. For example, when I use British Airways Avios to book Iberia, the redemption rate is determined by Iberia’s calendar.

So this re-distancing thing isn’t too terrible but what about the other routes to Dublin? Do they benefit? Absolutely!

With the new off-peak awards in place, there are a few new sweet spots to get to Europe.

With the new rates you don’t have to position yourself in Boston to take advantage of the lower rate at 26,000 Avios from New York or places like Toronto and even Chicago. And that 100,000 award in business class is also one of the best redemption rates to get to Europe in business class — it beats out all of the rates from major US airlines and competes with some of the best available redemptions (fees may be around $250).

I called in with British Airways to inquire about using British Airways Avios for the flight above and was told that the fees would come out to $169 total, which is cheaper than the $237 USD that Avios.com showed. So fees are still a little bit of an issue but not nearly as bad as they would be if you routed through London with British Airways. In the latter case, you’d be paying about $650! (Fees appear to be cheaper going out to Dublin than coming back.)

Also worth noting, on the phone they offered me the pay with cash plus Avios option which would have been a super sweet deal. I could have reduced my redemption requirement by 5,200 Avios by paying $15 ($184 total). Yes, $15! That’s like paying .28 cents per point. I’m not sure how long that promo was going on for but the representative confirmed again and again that it wasn’t a mistake.

2) West Coast (and Orlando) to Dublin

For folks trying to get from SFO, LA, or Orlando to Dublin, things get sweeter with the with off-peak awards, too. 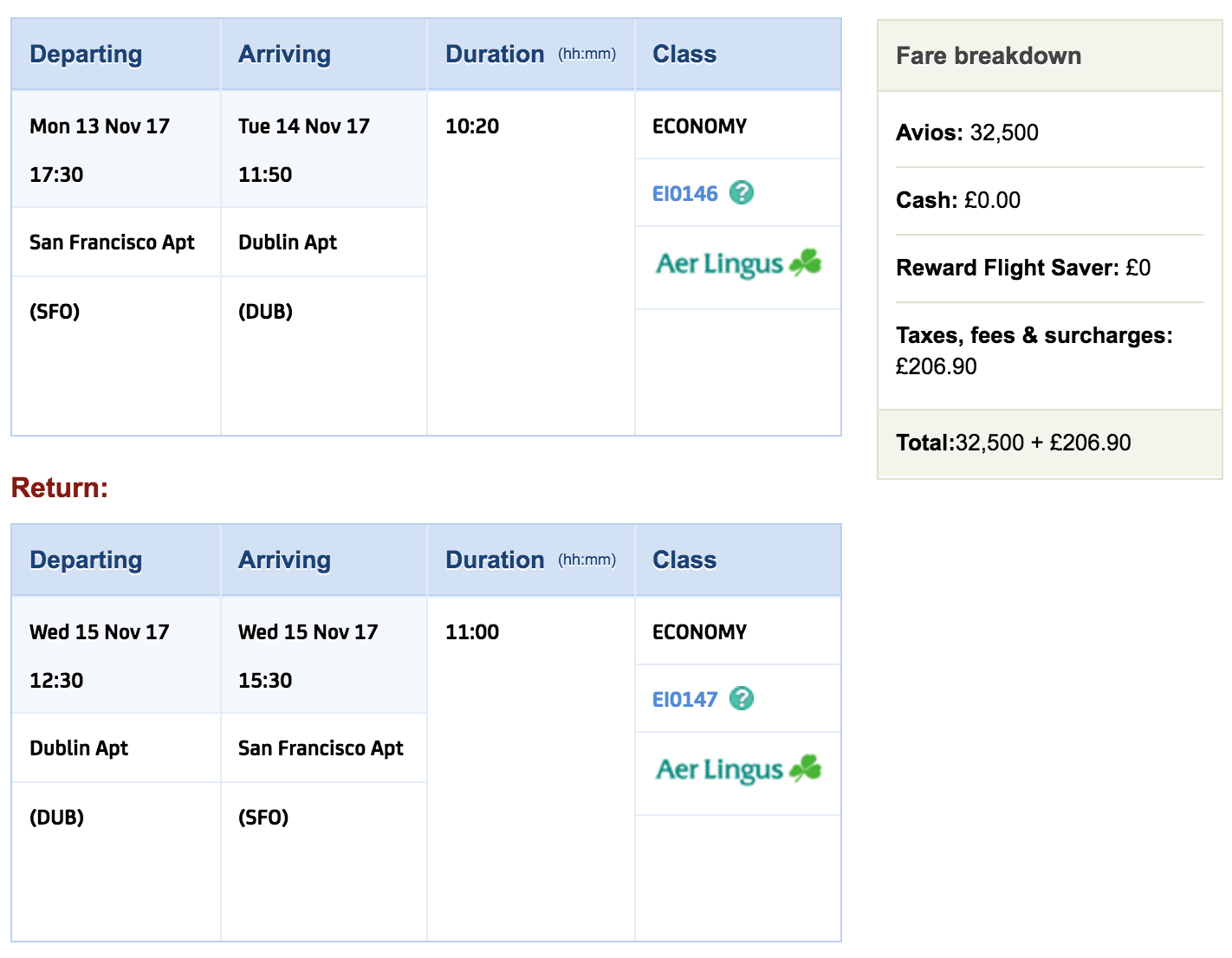 The 32,500 rate in economy to get all the way to Europe from the West Coast roundtrip is a great redemption and 125,000 in business class is respectable. Fees from the SFO were a little higher. Unfortunately, again I wasn’t able to price out the fees for business class so I’m not sure how high those fees might get.

After recent devaluations to the British Airways program, I assumed this was yet another knee to the stomach when I first heard about it. However, while the changes do make it tougher to claim some awards, they open up some fantastic sweet spot redemptions from the West Coast and other places around the country if you catch them at the right time. I’m not sure what will inevitably become of the Avios program when and if everything merges but right now I’m not totally against these changes in the award chart.