We’ve been anticipating the announcement of the new Singapore First Class Suites for quite some time. Singapore originally said that we would get a peek of the new cabin by the end of Q2 of 2017 and that the new A380s would be up in the air by October of 2017. Unfortunately, Singapore Airlines started to run behind on this timeline but via Ausbt we now have an official reveal date of November 2, 2017.

Singapore is notoriously tight-lipped about details about their projects but here’s what we know or at least suspect to be true so far:

Judging by the seat map that leaked, I think there will be six suites in the cabin and that the cabin will feel a lot like the Etihad First Class cabin with single aisle access. I think it’s very possible that Singapore maintains the ability to connect suites to each other so that passengers can still have the double bed experience. With the seat layout above, they could accomplish this by implementing a layout like Etihad, where only some suites are able to share their space. It’s also possible that each suite would have a larger bed that gives each passenger their own equivalent to a double bed.

The other major question is whether or not we’re going to see a bar or lounge area on board the A380. I don’t see any indication that a bar will be on the A380 based on the seat map. If that’s the case, it’s a bit of a shame since Singapore is one of the only top first class experiences without a bar/lounge and I think that they would be able to nail that concept given their tremendous level of service and beautiful cabin interiors.

I think the new business class seats are very exciting, too.

I love the new Singapore business class seats found on aircrafts like the A350, but only the bulkhead seats offer a lot of space for your legs. In most of the seats (including those on the A380), you have to contort your body to be able to stretch out and that can get uncomfortable very quickly. Hopefully, Singapore fixes this problem and offers much improved legroom with their new seats. 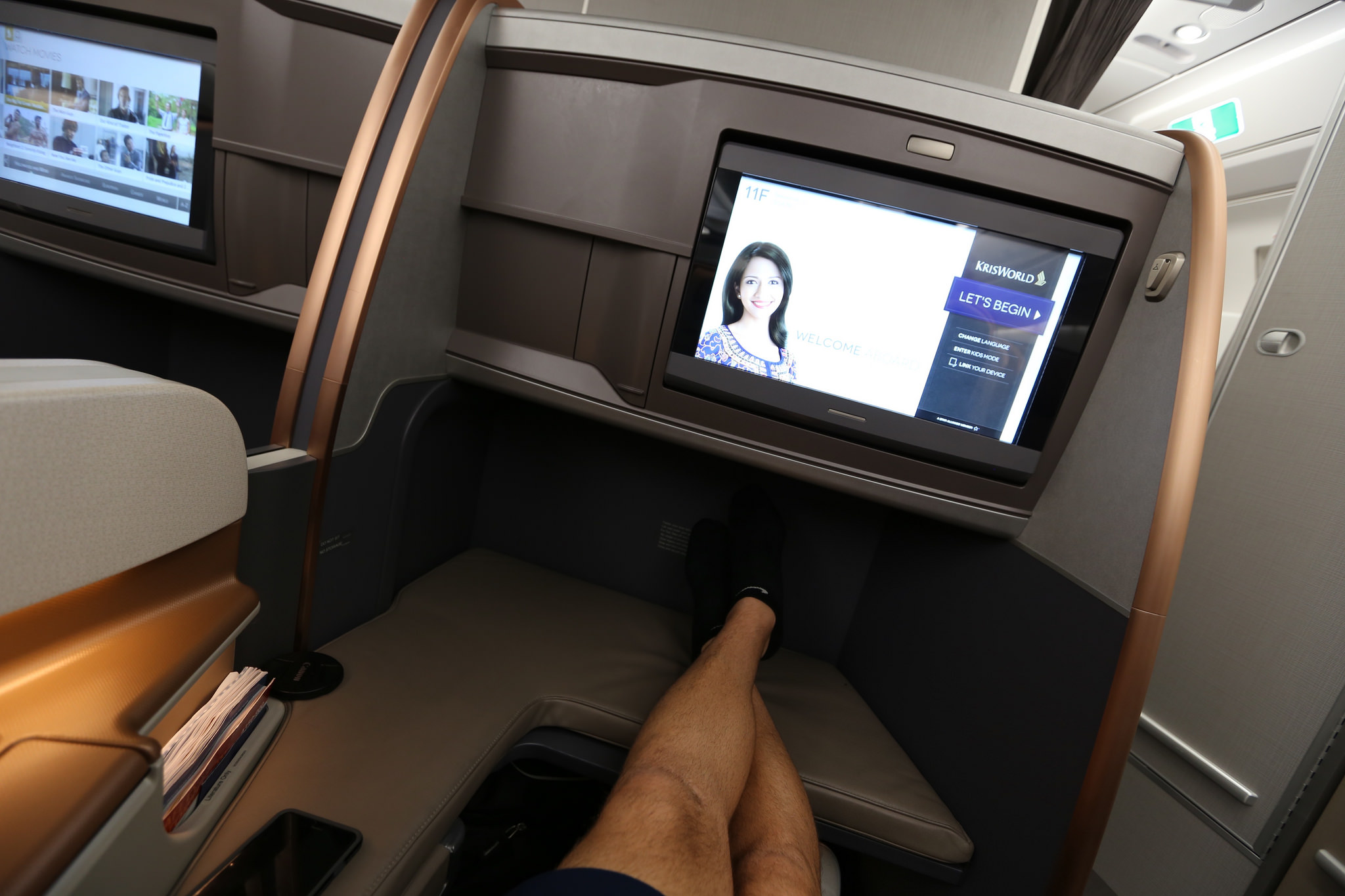 It’s hard to believe that Singapore Suites have been out for almost a decade and yet they still remain one of the top first class experiences available. I’m every excited to see how Singapore will up the competition with their new cabin and will be counting down the days for the next two months, since Emirates will also be revealing their new first class cabin in November as well.