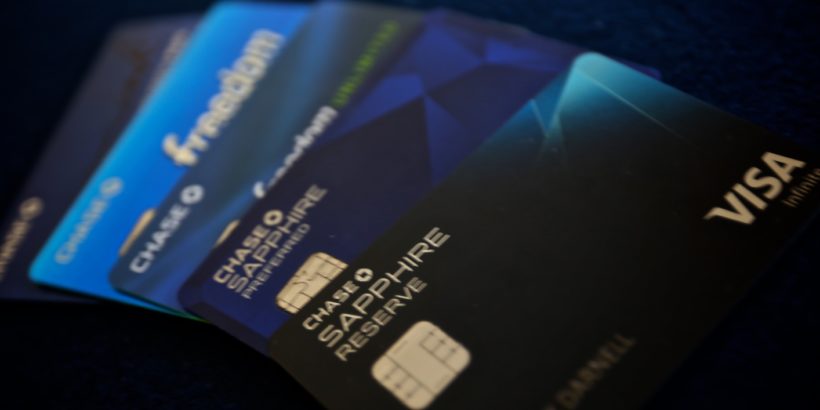 Update: Korean Air is no longer a transfer partner.

Here is the complete list of Chase Sapphire airline partners (note that you can also transfer your Ultimate Rewards earned with the Ink Preferred or Ink Plus to these partners). As you can tell, they all transfer at a 1:1 ratio and almost all of them transfer instantly.

So now that you know what all the Sapphire airline partners (or Ultimate Reward airline partners) are let’s take a look at what each partner has to offer in terms of redemptions.

I’m going to review over some of my favorite redemptions with these different airlines to give you an idea of the kind of value you can obtain with these partners. Getting to Tel Aviv

Roundtrip from the US to Tel Aviv for only 50,000 miles roundtrip and $240 in fees is another steal.

Getting to Mexico and some Caribbean destinations

Roundtrip to Mexico and Netherlands Antilles (Aruba, Bonaire, etc.) and the U.S. Virgin Islands are also some great redemptions. I don’t know of any other program that lumps all of these countries and territories together but this is another sweet spot because it will only cost you 25,000 miles for a round trip.

Getting to Hawaii via Flying Blue is very cheap too. Here’s how cheap a roundtrip can get with Flying Blue.

There are many other sweet spots with the Flying Blue program and you can read about them here.

Singapore Airlines consistently ranks as one of the top airlines in the world. They’re known for their remarkable level of service offered and their outstanding premium products like the Singapore Suites. They also offer some decent redemptions on partners like United. What’s great about this program is that it is also a transfer partner of both Amex and Citi. So it’s really easy to rack up Singapore Krisflyer miles.

Even though points transferred from your Sapphire cards don’t count towards the Companion Pass, Southwest can still be a terrific transfer partner. You just have to be careful when transferring points to Southwest because sometimes your value will be better preserved when using the Chase Travel Portal if you have the Sapphire Reserve.

But, if you hold the Southwest Companion Pass then you’re getting double the value out of your points. In that case, transferring your Ultimate Rewards to Southwest results in netting Rapid Rewards valued at 3 cents per point. In that situation, Southwest becomes a great candidate for point transfers.

United has some decent redemption opportunities but again if you have the Sapphire Reserve, you need to pay special attention to the prices that your tickets would cost. This is because you could be losing out on a ton of value by transferring your points to United.

As an example, you can fly from Houston (IAH) to Orlando (MCO) for as low as $83 roundtrip. 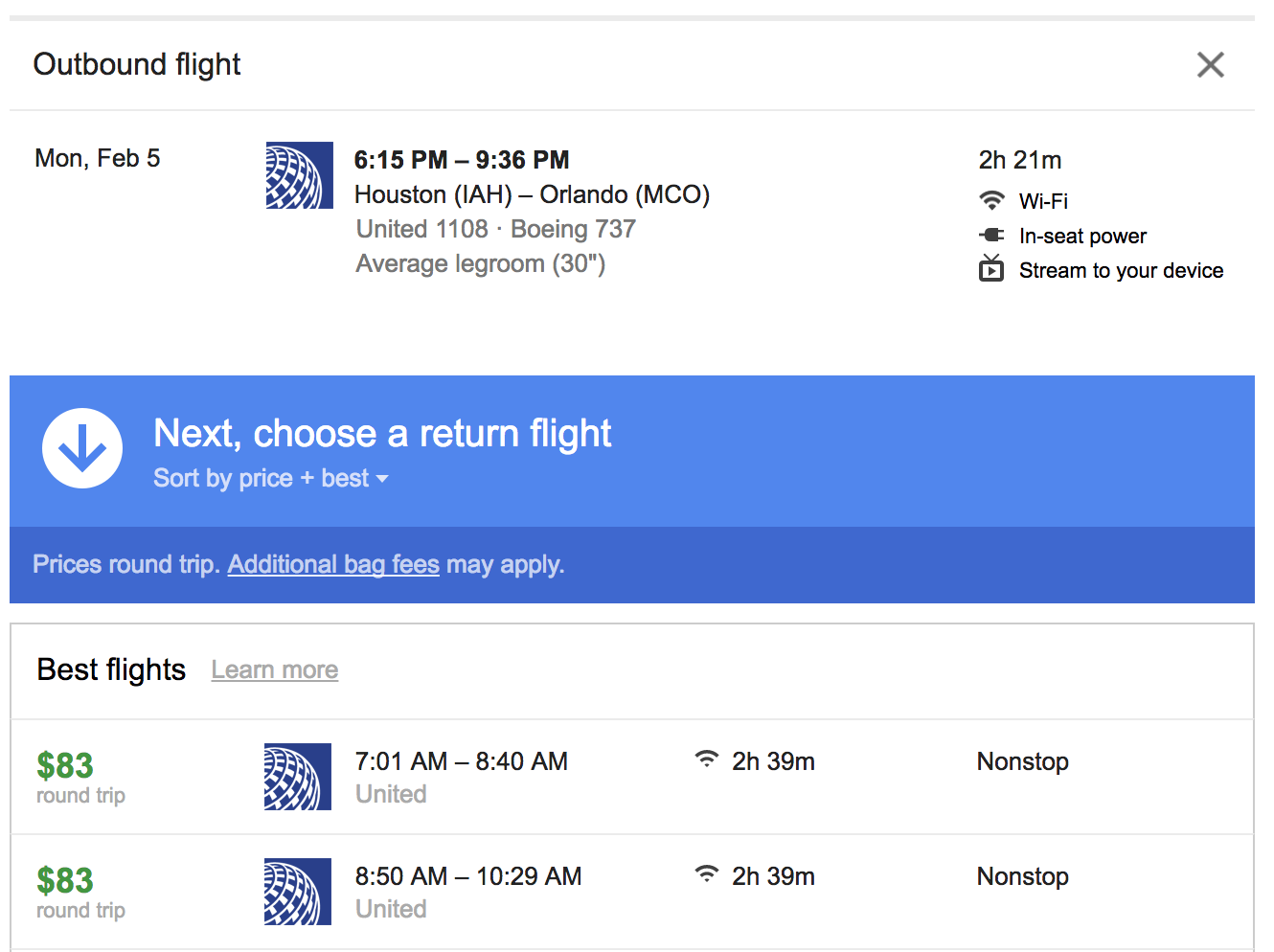 Booking this flight through the Chase Travel Portal that would only require 5,533 Ultimate Rewards. If you transferred your Ultimate Rewards to United, you’d have to shell out  25,000 miles! That’d be a waste of about 20,000 Ultimate Rewards all because you chose to book the flight differently. So always check the cash prices. 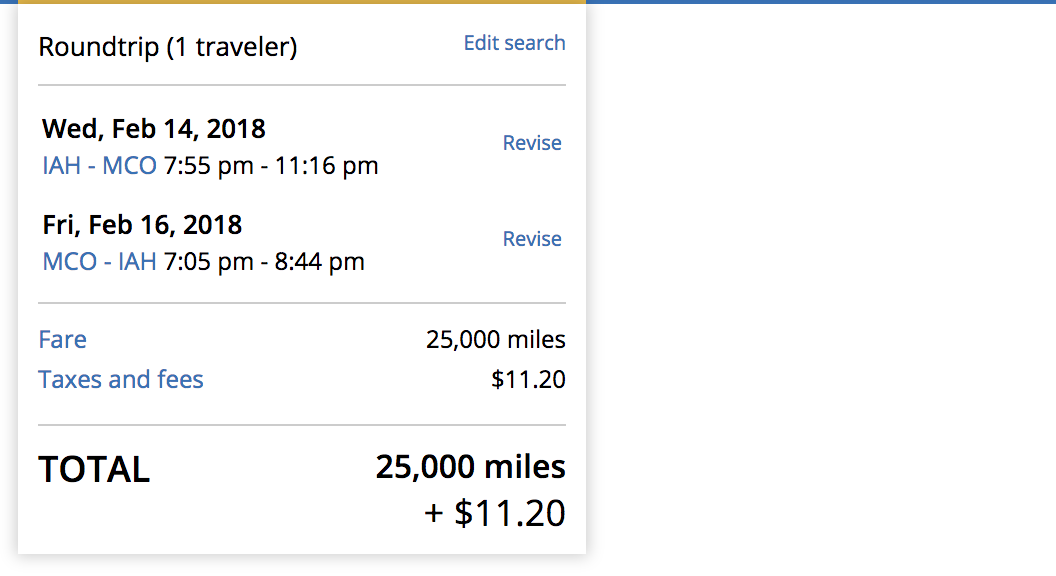 For international itineraries, United actually offers some decent rates to various places around the globe. But what’s best about them is that you typically pay very low fees on you award tickets, so even if their mileage requirements are a bit higher, you can save cash on your awards.

I lump all of these three airlines together because Aer Lingus AerClub, British Airways, and Iberia are all linked rewards programs. They each have a distance-based reward chart but they all offer different redemption possibilities.

Here are the three award charts of the programs.

Each program has different calendars for their off-peak days, which can affect the price of the flights.

Aer Lingus AerClub has a few decent sweet spots that they share with British Airways Avios. The good thing about using Avios for Aer Lingus is that the fees will be lower than booking with Brith Airways (though still significant). Check out the below bookings in economy and business class for a roundtrip between Boston and Dublin. Iberia can be a terrific partner to use for booking business class flights from certain locations within the US to Spain. There are some Iberia sweet spots like getting from Chicago to Madrid for only 68,000 points roundtrip and around $200 in fees. If Amex ever runs another Avios bonus promotion (very likely), then this redemption can get even sweeter, making it one of the most lucrative ways to get to Europe in business class out of any program.

You can also still get to the East Coast to Europe for 100,000 Avios roundtrip in business class which isn’t that bad, especially if you can book a partner with limited fees like Aer Lingus. You can also utilize British Airways Avios for getting around South America, getting to Hawaii, and for various other medium-distance flights around the globe.

The below example shows one of the best Avios redemptions which is flying between SCL and LIM in South American for only 10,000 Avios and $30 in fees.

The biggest knock against Virgin Atlantic is that using points for flights on their own metal can result in some pretty high fuel surcharges. The plus side is that some of the rewards are pretty cheap so it’s like getting a big discount when paying cash in some cases.

While Virgin Atlantic is not a member of a major alliance, they partner with several airlines, such as Delta, Singapore, ANA, Hawaiian, and a few others. On several of these partners, fees can be pretty minimal. The drawback is that one way awards typically cost the same as roundtrip awards so you pretty much want to just stick to booking roundtrips.

If you do enough research, you’ll find some pretty good sweet spots for some of these partner awards. For example, one very popular sweet spot is using 120,000 Virgin Atlantic miles for a roundtrip first class ticket to Japan with ANA and only about $180 in fees. That’s around 100,000 miles cheaper than what Star Alliance partners United and Aeroplan would require. That redemption also offers around 23 cents per point which is straight up ridiculous!

Korean Air has some very cheap sweet spots to regions all around the world. They also have a co-branded credit card which sometimes comes with a targeted offer of 40,000 or even 50,000 miles. Combined with Ultimate Rewards, you can quickly earn enough miles to get to places like Asia and South American in a hurry. The 80,000 redemption to Europe for a roundtrip business class ticket is extremely cheap too (though the fees can be a bit high).

Also, here’s a look at the SkyTeam award chart and some of my favorite Korean Air redemptions on SkyTeam partners.