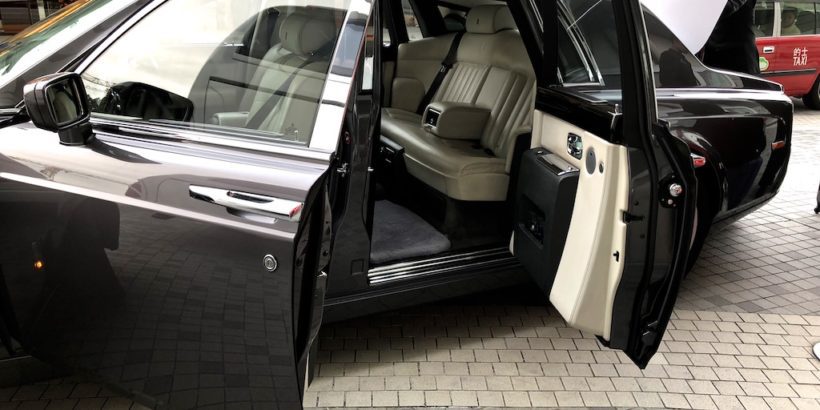 On our recent stay at the Ritz-Carlton Hong Kong we arranged for a private transfer to the hotel in a Rolls Royce Phantom which was set to cost us around $320. It was a scheduled splurge that I wanted to do to surprise Brad and kick off our round the world trip with a bang. But the experience became even sweeter when we got the transfer service for free. Here’s how it happened.

A few months before our trip I inquired with the Ritz-Carlton Hong Kong about scheduling a Rolls Royce Phantom transfer and decided to book it. Brad is really into cars (much more than myself) and so I had every intention of surprising him with the Phantom.

Unfortunately, I’m not very good at keeping surprises for months (or even days), especially when I know the other person is going to love the surprise. So I ended up spilling the beans….

Flash forward a couple of months to a week before our trip. I decided to attempt the surprise again by telling Brad that we wouldn’t be able to do the Rolls Royce because we had too much luggage.

This is how that went down.

I wasn’t totally full of BS as the Ritz had sent an email telling me that the Phantom could only hold 3 suitcases, so I at least had some evidence to back up my claim.

Lucky for me this trickery worked and Brad thought that we were going to be picked up in a Cadillac SUV.

Waiting for the Rolls Royce

After we arrived at Hong Kong International Airport, we spent one night at the Marriott SkyCity, which was a fantastic stay.  So instead of being picked up at the airport, the Phantom would be picking us up from the front of the hotel.

We were waiting for the Rolls Royce which was scheduled to be there at 11am but I didn’t see any sign of them at that time. I walked back inside and that’s when I ran into a concierge who informed me that they were running late and should be there in about 15 minutes. He told me he’d tell me when they were about to arrive.

I went back outside where Brad was and then realized that I should’ve told the concierge that this was going to be a surprise. I wanted Brad to be completely surprised at the first sight of the Phantom.

I walked back inside to tell the concierge to keep it on the down low but I couldn’t find him anywhere. So for 15 minutes I anxiously surveyed everyone around us to make sure that he or anyone else didn’t pop up out of nowhere and kill the surprise.

After about 15 minutes of waiting in eager anticipation, I heard Brad say, “OMG, there’s a Rolls Royce Phantom that just turned in!”

I asked Brad if he was sure it wasn’t a Chrysler 300 and he told me that he swore he saw a Phantom. The Phantom had left our line of sight for a little bit so I kept making comments about how Brad was probably just seeing things and he kept insisting, “No, I definitely saw a Phantom.”

Then the Phantom pulled up and I walked right up and greeted the chauffeur like we were homies and Brad was just speechless. It took him a couple of seconds to process that the Phantom was for us but he was ecstatic when it clicked. The surprise had been a success and I could finally relax.

After admiring the Phantom for a little bit and getting some photos, the hotel staff and chauffeur packed up our luggage and we made our ways inside via the suicide doors.

Although this was our first time being chauffeured in a Rolls Royce and we were heading to the Ritz-Carlton to kick off our round-the-world trip, we were easily able to contain our excitement which you can tell by the photo below.

Anyway, the ride was very pleasant and smooth. The drive struck up some good conversation about Hong Kong, explaining some of the good and some of the bad of the city. There was a little bit of traffic since this was Chinese New Year weekend, but we eventually made our way to the Ritz-Carlton Hong Kong.

As soon as we arrived, we were greeted by a whole team of staff members.

Their manager approached me as soon as I was helped out of the Phantom and apologized profusely for the late pick-up, which was just a little over 15 minutes late.

I told him that we lived in Houston where we are well accustomed to traffic so I understood things happen and that it wasn’t a big deal. But that’s when he informed me that the Ritz would be waiving the $320 USD transfer cost for the Rolls Royce Phantom. What??? 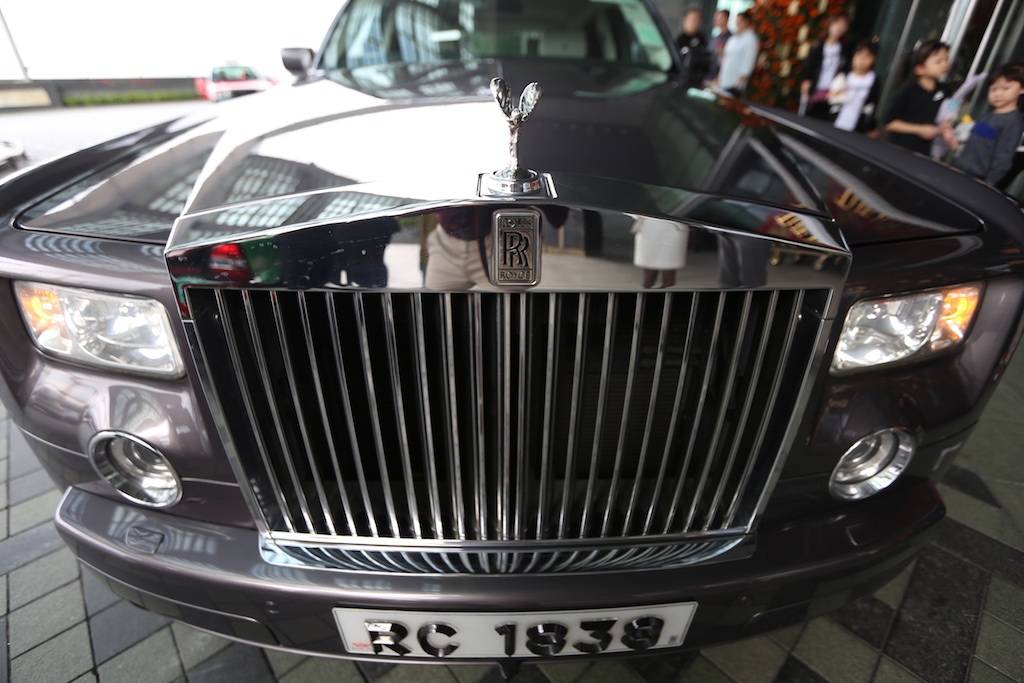 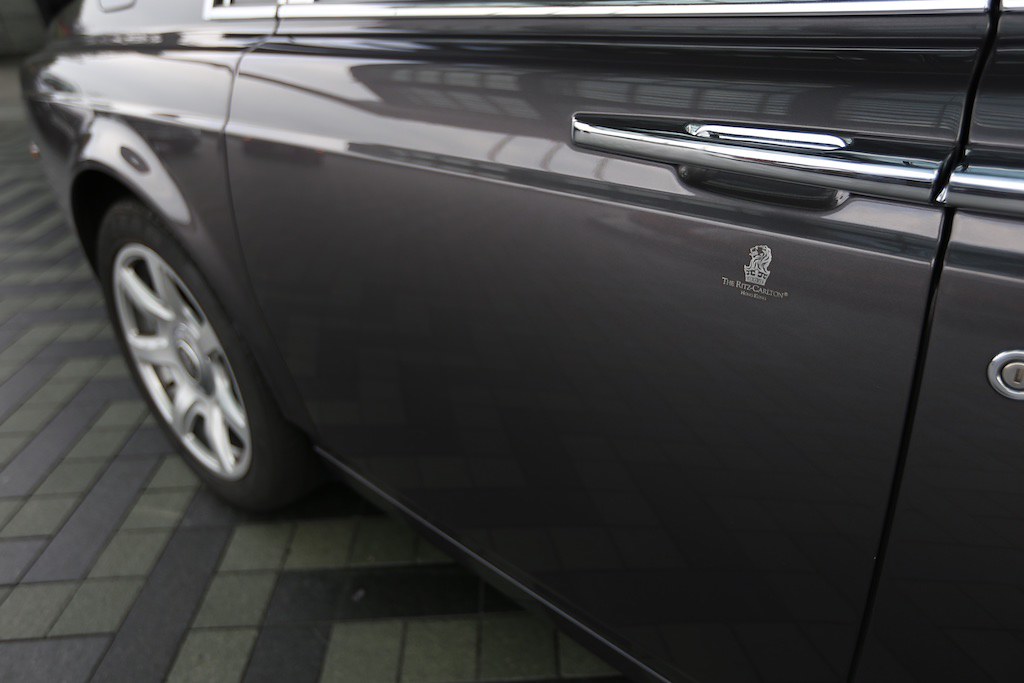 I was a bit surprised that they showed up tardy but like I mentioned, it wasn’t a big deal as they were only about 15 to 18 minutes late. But still, the fact they felt the need to waive the entire charge for that small shortcoming tells you how sincere they are about offering the highest level of service.

Actions speak louder than words so hats off to the Ritz-Carlton Hong Kong for offering such tremendous service.