Japan-based ANA (All Nippon Airways) just revealed their new A380 cabin which will serve the leisure route from Tokyo to Honolulu beginning in the spring of 2019. This is going to be the first route served by the A380 for ANA and they’ll actually operate three A380s in total.

There’s a lot of marketing going into this launch. Back in 2017 ANA held a contest for livery designs and announced one winner. Some felt like the winning livery was a bit hideous but personally I loved it.

But now it turns out that ANA has opted to put on a special livery on their other two A380s. These will incorporate different colors meant to symbolize things like the “crystal clear waters of the Hawaiian ocean” and “beautiful Hawaiian sunset[s],”  while the original blue livery symbolizes the sky.

While the new liveries are fun, the real fun is in the configuration and layout of the new A380 cabin.

ANA published the new seat map of the A380 which reveals a few interesting details. It’s going to have eight First Class seats, 56 Business Class seats, and 73 Premium Economy seats on the upper deck. Meanwhile the lower deck will consist of 383 Economy Class seats, which includes 60 “couch seats.” 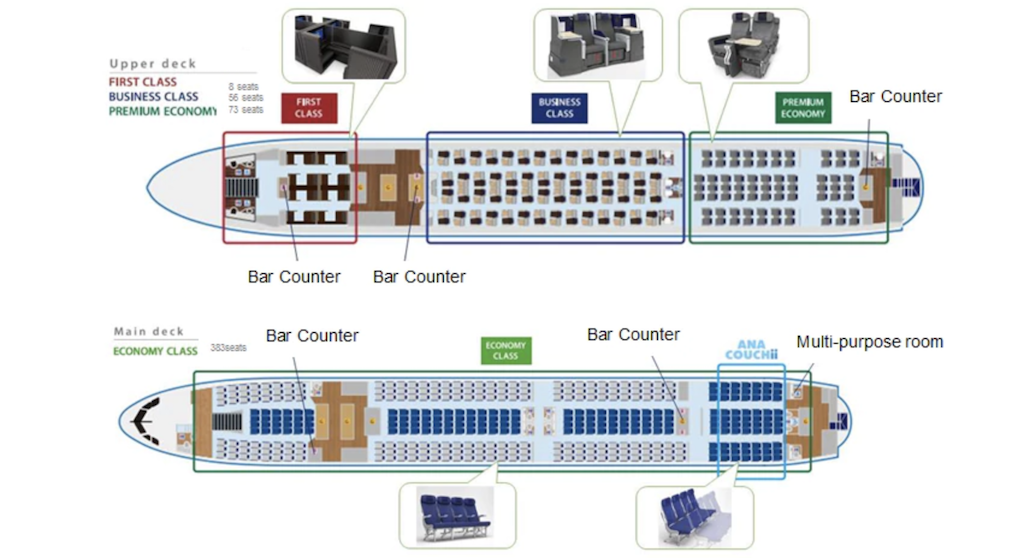 This is the first time ANA is offering first class on this route and the new suites look very sleek and impressive. Personally, I love the black suites which come with huge 32-inch monitors, the same size of the screens on the new Singapore Suites.

The new business class seats look pretty good too. The footwells look like they have a decent amount of room, there’s plenty of counter space, and they give you the option to sit close to each other or far apart for the middle seats.

Since this is a vacation/honeymoon destination, it makes sense they would offer “honey moon” seats in business class. 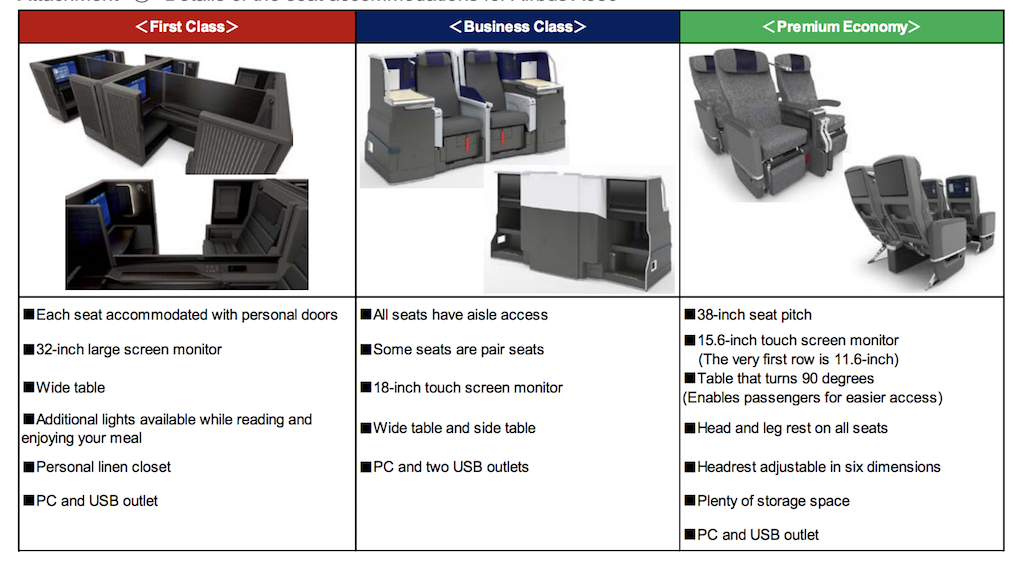 The ANA Couchii looks like an interesting product and seems like something more airlines like Air New Zealand are considering these days. The additional “ii” in Couchii is seems to be part of the overall “ANA HAWAii” marketing scheme meant to signify the “numerous excitements that passengers are able to experience including cabin features.” 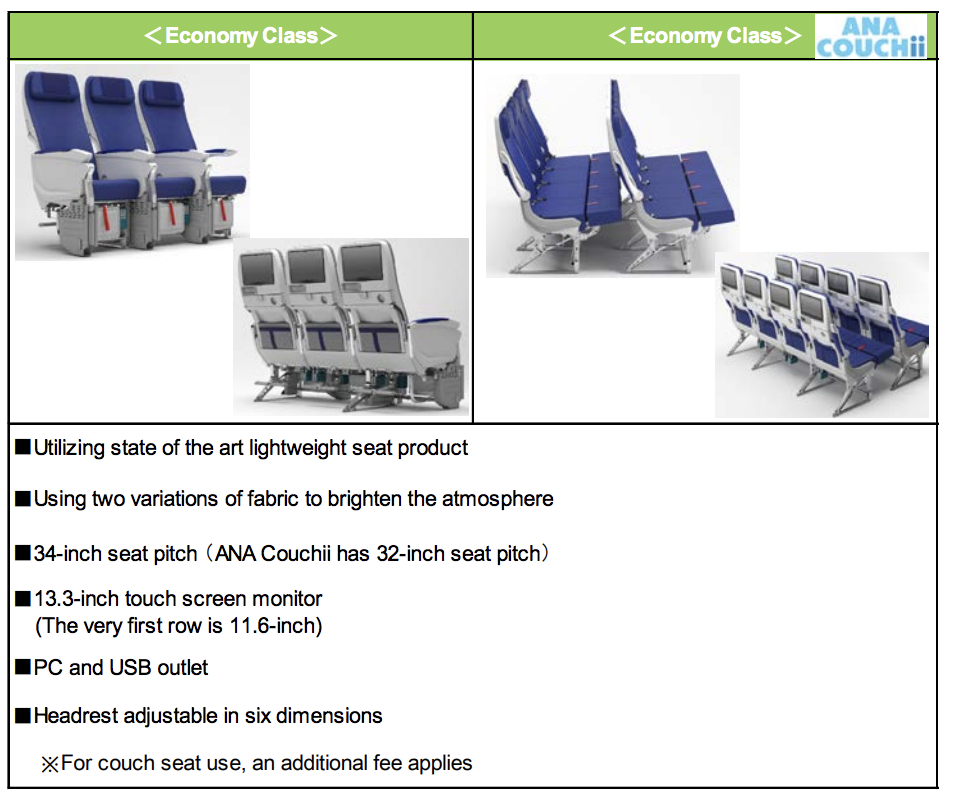 One thing that I think is really interesting about these A380s is that they will feature multiple on-board bars and even a multi-purpose room “where new mothers will be able to tend to their babies and passengers will be able to change before arriving at their destination.”

I’m very interesting to see how they implement their on-board bars. The layout of the seat map reminds me of the Korean Air A380 with multiple bars located throughout the cabin but on ANA even economy passengers will be able to visit their own bar, which is pretty cool.

The flights between Hawaii and Tokyo are going to be around 8 to 9 hours so this isn’t a terribly long flight but that’s still plenty of time to be able to have some fun at the bar. Given the leisure route, I’d expect there to be a party vibe at these bars, since many in-flight bars already get that way and this one will have a lot of vacationers on it. I suspect many people will be battling hangovers before they even touch down in Hawaii.

While you can’t book these flights yet, for a roundtrip in first class you’re looking at about 130,000 ANA or United miles while business can be as cheap as 65,000 miles roundtrip on ANA. Since ANA is a partner of American Express, you could earn enough ANA miles for a roundtrip business class ticket between Japan and Hawaii with a single sign-up bonus + minimum spend on the Platinum Card from American Express.

Overall, it’s a little bit odd that ANA is using their A380s for this route as opposed to longer routes but perhaps this is all part of their overall marketing scheme which they are clearly focused on for this route. I think that the product looks great though and this would certainly be a fun way to get to Hawaii.