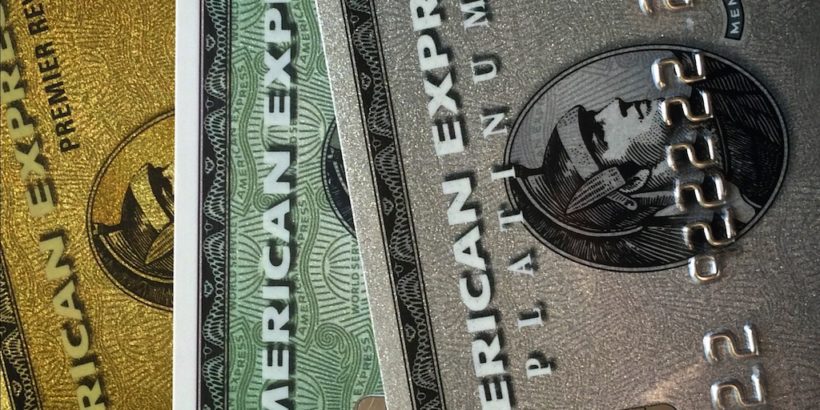 The Premier Rewards Gold Card has been one of the best cards for earning Membership Rewards with 3X on airfare and 2X on US dining, US gas stations, and US supermarkets. But the card has lost some of its appeal over the last couple of years.

The 2X on US dining hasn’t been very competitive for a while. It’s on par with the Sapphire Preferred but the Sapphire Reserve earns 3X on dining and many other cards offer a higher cash back return like the Capital One® SavorOne® Cash Rewards Credit Card or even the Barclays Uber card which both earn 4% back on dining.

And as for gas and groceries, there are many cards out there that offer higher than a 2% return. You can easily get a 3%+ return on gas with many cards and the Blue Cash Preferred Card from American Express offers 6% cash back at U.S. supermarkets on up to $6,000 per year.

The 3X on flights is okay but the Platinum Card earns 5X on airfare so it’s not even the best Amex card for that, either.

So while the Premier Rewards Gold Card has been a good way for earning Membership Rewards it’s really lost its competitive edge over the past few years and didn’t really have one distinctive feature for earning rewards.

But that’s going to change. 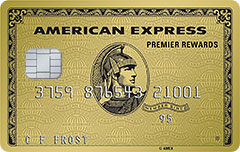 Well now the Premier Rewards Gold Card is going to be revamped so that it will earn the following rates:

This is a huge development as it means we finally have a new worthwhile daily driver credit card that could out-earn the Sapphire Reserve!

If you value Membership Rewards at 1.8 cents per point, that’s like getting 7.2% back.

The catch here is that it will only be for US restaurants so you’ll still want a better way to rack up your dining points when traveling abroad. That’s always been something I’ve found annoying about Amex but it’s still a great way to earn a lot of points since most of our dining experiences probably take place in the US.

Getting 4x Membership Rewards at U.S. supermarkets (up to $25,000 in spend per calendar year) is another huge perk. That’s a very large cap on supermarket spending as many people fall well under that and it opens up a lot of possibilities to cash out for some people who know how to spend a lot at grocery stores.

I will definitely be switching to this card for all of our grocery store spend when these perks are kicked in.

You’ll get a $10 monthly credit that can be used at Grubhub, Seamless, The Cheesecake Factory, Ruth’s Chris Steak House, and Shake Shack each month of the year for a total annual credit of $120.

This does not excite me as much because the it’s capped at $10 per month. Using services like Grubhub, you often have pay close to $10 just with the delivery fee and tips alone so it’s not a huge incentive to go out of your way to use. However, if you already use food delivery service Grubhub, this is a nice way to save.

It’s also a great credit to use at Shake Shack which I believe serves some of the best burgers in the country. It wouldn’t surprise me to see other restaurants added in the future, either.

No more 2X on gas

The card will be losing the 2X rate on gas purchases which I don’t think is a very big deal considering the new bonus categories.

The current annual fee is $195. With the $100 airline credit and the $120 credits for dining, you’d be making a $25 profit with this credit (depending on how you value the credits).

Could Amex really be adding these great perks with no increase in the annual fee? It would be great if they did but it does make you curious about what will happen with the annual fee.

Should I apply now?

The benefits are said to officially kick in at the beginning of October, so we’ll probably be seeing more official word about these benefits soon. So you may want to wait until the new card perks are officially published.

The $120 annual credit is nice because it can save money for some people but the huge news for me is the 4X on dining and supermarkets — that’s very impressive and exciting. The big question here is what changes, if any, will happen to the annual fee for this card? If it stays the same then this card is an absolute no-brainer but if goes much higher, the card will require a closer look.