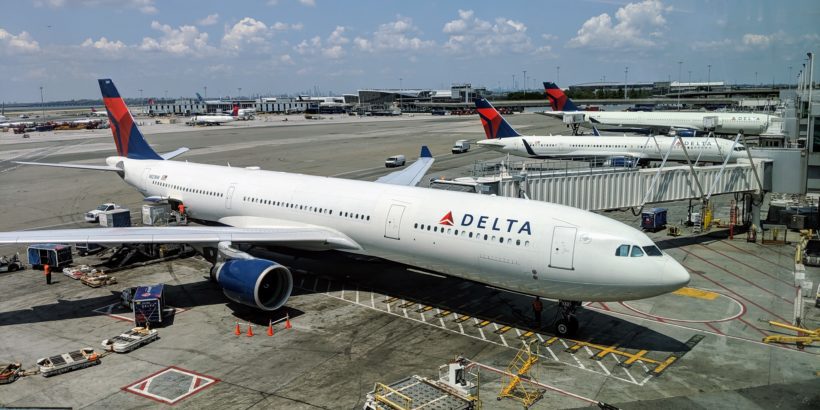 After the terrorist attacks of September 11, 2001, the airline industry was hit so hard that they needed a government bailout to stay alive.

But now, with the threat of coronavirus and all of the travel restrictions that have been imposed, the airlines are getting hit even worse than they were in 2001.

We’ve seen CEOs refuse to take pay for up to six months and many airlines asking their employees to go on voluntary unpaid leave and to do what they can to save cash for their company.

But all of those probably won’t be enough and the airlines might be requesting an unprecedented bailout in the aviation industry.

The new bailout it said to be upwards of $50 billion or more — possibly close to four times as large as the bailout from 2001.

The $50 billion proposal has been made by Airlines For America — a coalition of passenger carriers like United, American, and Delta and also cargo carriers like UPS and FedEx.

The recommendation for the bailout is in a different form than what was received in 2001. The new bailout basically has three parts: $29 billion in grants ($25 billion to passenger carriers and $4 billion to cargo) and $25 billion in unsecured loans, and tax breaks.

The talk of a bailout is extremely interesting because less than two weeks ago the airlines were committed to not receiving any funds from the government.

For example, when airline executives met with President Trump on March 4, they didn’t request a bailout. And as recently as last week, these same executives stated they would not be seeking government assistance.

That just tells you how quickly things have spiraled down. Now, all of a sudden they are asking for bailout funds that nearly quadruple what was offered post 9/11.

This doesn’t come as a huge surprise to people who have been following the airlines in the past week or two.

We’ve seen airlines like Delta slash their traffic by 40% and other airlines like United and American Airlines make huge cuts to the traffic. Also, the fill rates on flights are approaching low percentages around 20% to 30% on many routes so operating many airlines is becoming unsustainable.

In fact, if things continue like this it’s estimated that between the end of June and the end of the year, many of these major airlines will be forced to file bankruptcy.

Some people are not in favor of a bailout for the airlines given how many of the bailouts after 9/11 ended up not benefiting companies who stayed alive and instead went to those who went out of business.

But it’s really hard to argue against the fact which suggest that bailouts will be necessary. According to CAPA Centre for Aviation, most airlines in the world will be bankrupt by the end of May unless governments intervene.

It is possible that things could start to improve in the next few weeks as transmission of the coronavirus declines. However, if restrictions are placed on domestic travel which has been discussed by the President, then many of these airlines will take even bigger hits and I think the bailout talks will be ramped up or even be a foregone conclusion.