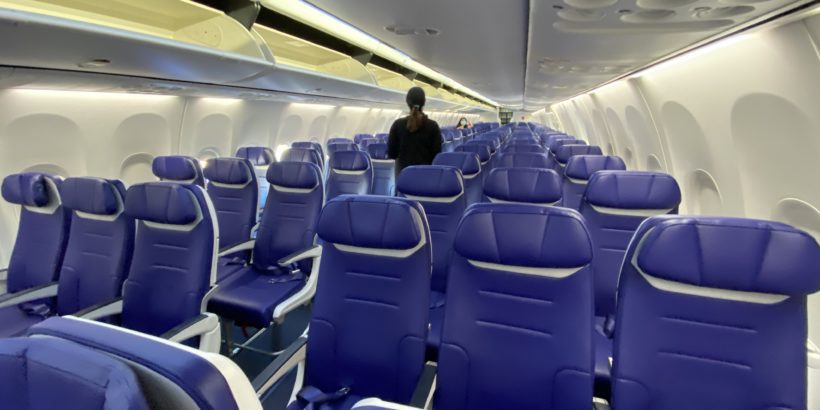 A video surfaced yesterday that appears to show a flight attendant ejecting a passenger from a Southwest flight for questionable reasons.

Based on what we can see in the video, it looks like the passenger is being kicked off the flight for lowering his mask while eating a package of nuts. This fact was backed up by a couple of witnesses that you can hear on the video below.

The passenger is wearing a black “voices for Trump” hat and also a Trump facemask which makes a lot of people think this was politically motivated.

The current policy on major US airlines is that you can pull down your mask or remove it to eat or drink. Thus, it is hard to see what the problem was here.

I hear one passenger say that the flight attendant is going on “hearsay” which makes me think someone else may have made a complaint that this individual was not wearing a mask. Perhaps they did not realize that he was eating a snack or there could be more to the story?

I would like to see what happened before this encounter before choosing which “side” I am on but this does not look good based on the video that we can see.

Here is the video:

There now has been an update that has come out from who I believe is the woman you can hear recording the video above. It’s a pretty rational response and it highlights the fact that this one act is not representative of Southwest as a company.

But it does sound like the flight attendants involved in the ejection were likely motivated by politics.