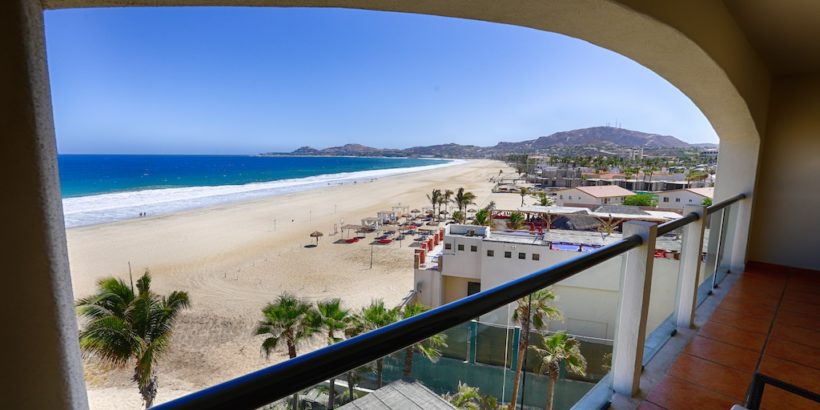 Are you thinking about venturing to Los Cabos, Mexico sometime soon but want to get an idea of how safe the city is before you depart?

In this article, I’ll break down some of the crime trends of Los Cabos during the last few years and give you a sense of where things currently stand.

I will also offer a statistical comparison between Los Cabos and other cities like Cancun and Cozumel so that you can see which cities are potentially the safest for tourists.

Cabo appears to be a relatively safe place to visit but there are some recent crime trends and other data that you will want to be aware of.

In 2017, it was a rough year for some cities in Mexico including Los Cabos.

There were some high profile gang incidents and also a series of sketchy incidents regarding tainted alcohol.

For example, in 2017, six bodies were found hanging from bridges near a Cabo resort. (It was suspected that these individuals were related to some type of drug gang dispute.)

Stories like that end all of the other violent activity led to certain measures being taken by the Mexican government and also private industry.

For example, they developed a five-point security plan that included more police presence and also enhanced communications between resorts and law-enforcement. There was also the construction of a $9 million regional emergency response center.

This, according to officials, resulted in a drop of about 90% in violent crime in Los Cabos.

This included violent acts such as armed robbery, extortion, and kidnapping. The homicide rate dropped around 60 to 70%.

Rodrigo Esponda, managing director of Los Cabos Tourism Board called 2017 a “wake up call” and told Travel Market Report that “Los Cabos is safer than ever and we have done a very strong job with our destination partners to make sure that message has filtered down in the industry and to the consumer.”

So it appears that things were looking a bit rough in 2017 but then measures were effectively implemented that drastically reduced the crime rates in 2018.

If you research for Los Cabos crime for 2019, nothing really sticks out which would suggest that crime is not near the issue it was a couple of years before that.

As far as what has happened in 2020, as you might expect one of the biggest concerns is the coronavirus.

Los Cabos was closed to travelers during the summer of 2020 but they opened back up to tourism activities as of June 15, 2020.

They developed a color-coded classification system that is given to local establishments like hotels, restaurants, and tour operators to determine the level of safety that they can offer and whether or not they should be open to the public.

When visiting during the pandemic you will likely notice several common restrictions in place such as capacity restraints and mandates that all individuals must wear a mask when in public except for when doing certain activities such as eating, drinking, etc.

If you want to check the latest coronavirus data that is updated in real time check out this resource.

In case you are not familiar, the United States Department of State issues travel advisories for all the different countries in the world.

These travel advisories are designed to help guide Americans when choosing whether or not to travel to a given place.

There are four different levels to these advisories and you can learn more about them here. These four levels are:

It’s a good idea to check what the most recent travel advisory levels are before heading to Mexico.

The thing that you need to know about these warnings is that they are very broad when it comes to applying them to a specific country.

So what you want to do is read into the warnings and find out the details because there often will be specific guidelines to specific states or regions within a country.

For example, if you clicked on the advisory for Mexico you might see a breakdown of the different states that looks like this (the active advisories for October 2020):

Do Not Travel To:

And even within those states often times the advisory level is triggered by a cluster of crime within a specific pocket of that state. It’s possible that you could be visiting a state with a high travel advisory warning and not ever encounter any type of danger.

Things to look out for

The type of criminal acts that you likely need to be on the lookout for will be the same type of acts that occur in many touristy destinations.

Avoid walking around with flashy or expensive items on display and try to keep the bare minimum amount of valuables and cash on you. It is usually best to leave your passport at your hotel, possibly stored in the safe.

Pick pockets can often happen in places like casinos or bars and nightclubs when your guard is down. Because Cabo San Lucas is more of the party town, pickpocketing is probably a bigger issue there than it is in San Jose Del Cabo. However, you should be alert everywhere you go.

Be careful and make sure that you are only taking licensed taxis in Los Cabos. It’s possible that somebody could pose as a taxi driver and then take advantage of you or worse — rob you.

If you stick with the licensed taxi drivers you should be fine. On our recent visit to Cabo we took several taxi rides and nothing ever felt sketchy. However, it is probably a good idea to request an estimate for your journey prior to getting into the taxi (just like this is a good idea anywhere).

If you have ordered an Uber take extra steps to make sure you’re getting in the right vehicle and if possible always travel with others.

Crime comparisons to other cities in Mexico

Below, I will break down some of the available crime data and compare it to other locations to give you a sense of the risk relative to other popular tourist spots.

All data below was taken from numbeo.com. This data is not as official as something like crime reports from the FBI. It is based on surveys given to visitors of the website.

So you can’t assume that the data is 100% accurate. However, many people do rely on the data and it at least can serve as a guiding post for finding the crime levels in different cities.

In many cases, if you are visiting as a tourist your experience (outside of some excursions) will largely be limited to the tourist areas.

This is especially true if you are staying at an all-inclusive hotel and your resort has a lot of the activities on-site.

This means that generally speaking you will be safer than the crime data suggests until you venture out into the city areas.

This is not to suggest that crime does not happen in the tourist hotspot areas but as a general rule of thumb: the further away you get from the resort areas, the more likely it becomes that you will encounter criminal activity.

Here is the crime data for Cabo.

Related: Cabo vs Cancun: Which is Better for You?

Now let’s take a look at what the crime data looks like for Cancun.

As you can see, the data suggests that the level of crime happening in Cancun is higher than that in Cabo. It’s still labeled at the same risk level of moderate so it may not be a dramatic increase in crime, but it is pretty noticeable across-the-board.

I’ve recently visited Cancun a couple of times in the past couple of years and each time I felt safe. So this data is not to suggest that Cancun is not a safe place but just that it may have more criminal activity taking place than Cabo.

Let’s take a look at the crime data for another tourist hotspot: Cozumel.

The data above would suggest that Cozumel is a safer destination than both Cabo and Cancun.

So if we use this data as an accurate indicator of criminal activity in these three Mexican cities, Los Cabos would rank somewhere in the middle.

So overall here are my thoughts on safety in Los Cabos.

Based on a series of articles, US travel advisories, some available data, and my own personal experiences, I do believe that Los Cabos is generally a safe place for a tourist to visit.

As long as you use common sense when going out in public you should for the most part be okay.

But it is always possible that crime could make a resurgence so you definitely want to stay up-to-date on the current trends before visiting.