In this article, I will give you a detailed comparison between the two Saguaro National Park districts and highlight some of the strong points of each park.

Saguaro National Park straddles the city of Tucson, Arizona and is divided into two distinct districts:

If you are traveling to both of these park districts, it will take you about one hour to get between the two.

Also note that if you get admission into one park, it will be good for the other as well. A weekly pass for a vehicle will cost you $25 although you can always buy an annual pass for Saguaro National Park ($45) or for all national parks ($80). The East district feels a little bit more contained located just on the outskirts of the city suburbs not far from neighborhoods. That’s not necessarily a bad thing though as you can quickly get to some nice restaurants like Saguaro Corners and enjoy a nice juicy burger or delicious Mac-n-cheese. 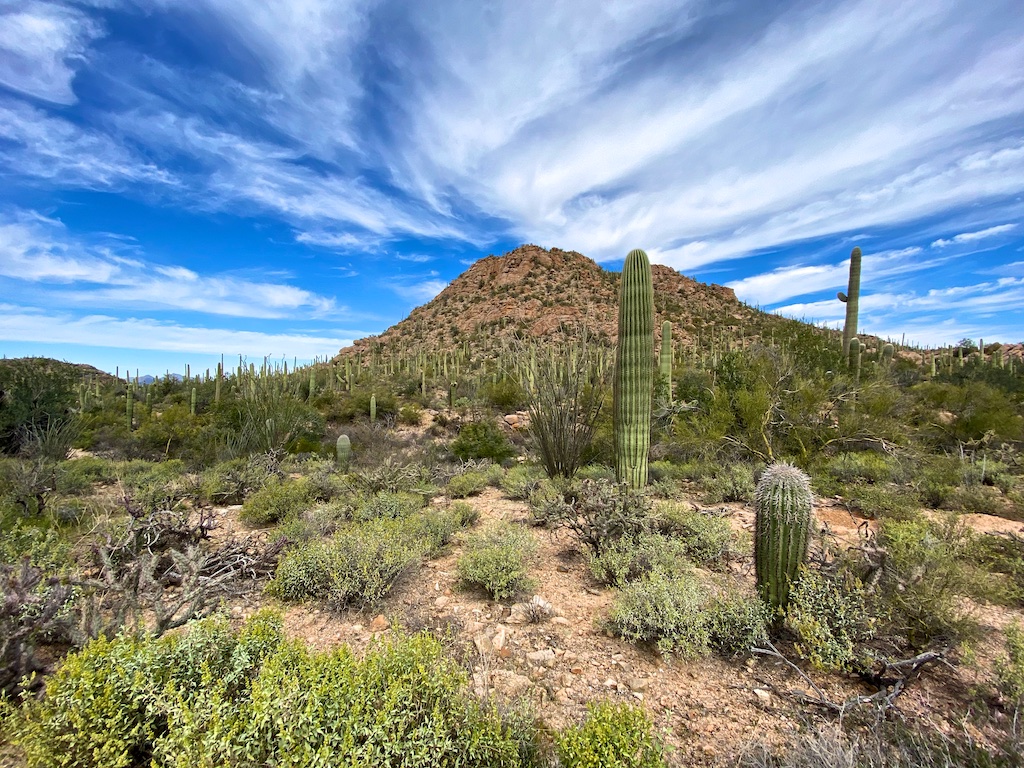 The West District is also close to the Arizona-Sonora Desert Museum and Old Tucson — two very popular attractions for visitors.

The East also has a much higher elevation point with Mica Mt at 8,666ft compared to the West’s highest point: Wasson Peak at 4,687ft.

This allows the East to have a much more diverse range of vegetation and wildlife at higher altitudes. So you can find vegetation like oak, pine, and mixed conifer forest and even encounter wildlife like coati, black bears, and spotted owls in the East.

Both the East and West district both have scenic loop drives but there are some big differences.

The scenic drive in the East district (Cactus Forest Drive) is on an 8-mile paved, one-way loop and has several view points with interpretive panels.

The road is a little windy at times but easy to follow and fun to make your way through. It’s also a very popular biking route, so watch out for cyclists although they do have a designated biking lane.

It should take you at least 35 minutes to loop around but you want to give yourself more time than that to stop at some of the overlooks and check out the interpretive panels.

If you’d like to do a quick hike on a paved way you can look into the Desert Ecology Trail.

The Javelina Rocks area is toward the end of Cactus Forest Drive and it’s a great spot to stop at and explore. Here, you will find some large boulders to climb up on that offer exceptional views for a sunset.

The Loop Drive of the West District (Bajada Loop Drive) is on a five-mile graded dirt road and is mostly one-way. This loop drive is shorter than the one above and feels less developed.

It’s not as clear-cut as to where to go since there are multiple roads, but just follow Hohokam Road to Golden Gate Road and then turn left and you’ll be fine.

The loop will likely take you around 25 minutes but again you will want to allocate more time if you’d like to stop and check out the views.

I do not recall seeing many if any lookout points with interpretive panels but there are some fantastic views. I also felt like the higher concentration of cactuses in this park is very noticeable on the scenic loop.

Overall, both scenic drives are worth doing because they each have a little bit of something different to offer.

Both of these parks will offer you plenty of opportunities to admire the amazing Saguaro cactus.

A great and easy hike to consider is the Overlook Trail which is only about .8 miles there and back. It has minimal changes in elevation and would be a great hike to view a sunset (the trail also has tons of interpretive panels and is well-maintained).

Interestingly, the cactuses are older in the East District. I’m not sure why that is but if you know drop a note in the comments below.

The East district is going to offer you much more extensive hiking with 128 miles of hiking trails, including multiple back country opportunities.

On the other hand, the West district only has 43 miles of hiking trails.

I would suggest that you pick up a hiking pamphlet which will break down many of the hikes for you in the park. I found it very helpful so don’t forget to grab one of those at the visitor center. Read more about hiking here. When it comes to camping, the East district has six backcountry sites (permits needed). Meanwhile, there is no camping offered in the West district. Most of the campgrounds are above 6,000 feet so they offer different vegetation and cooler climates to campers and hikers (all camp sites are not accessible by vehicles and must be hiked to).

This is great because as much as I love the desert, desert scenery only does so much for me after a while and it’s great to have the option to escape to higher altitudes where pine trees abound.

The West area actually has more picnic areas (five) versus the East (two). So if you are into the picnic seen, then you might want to look into the West for more options. The picnic area located in the East district at Mica View has a cover on it so it is possible to picnic in the shade at some of these spots. 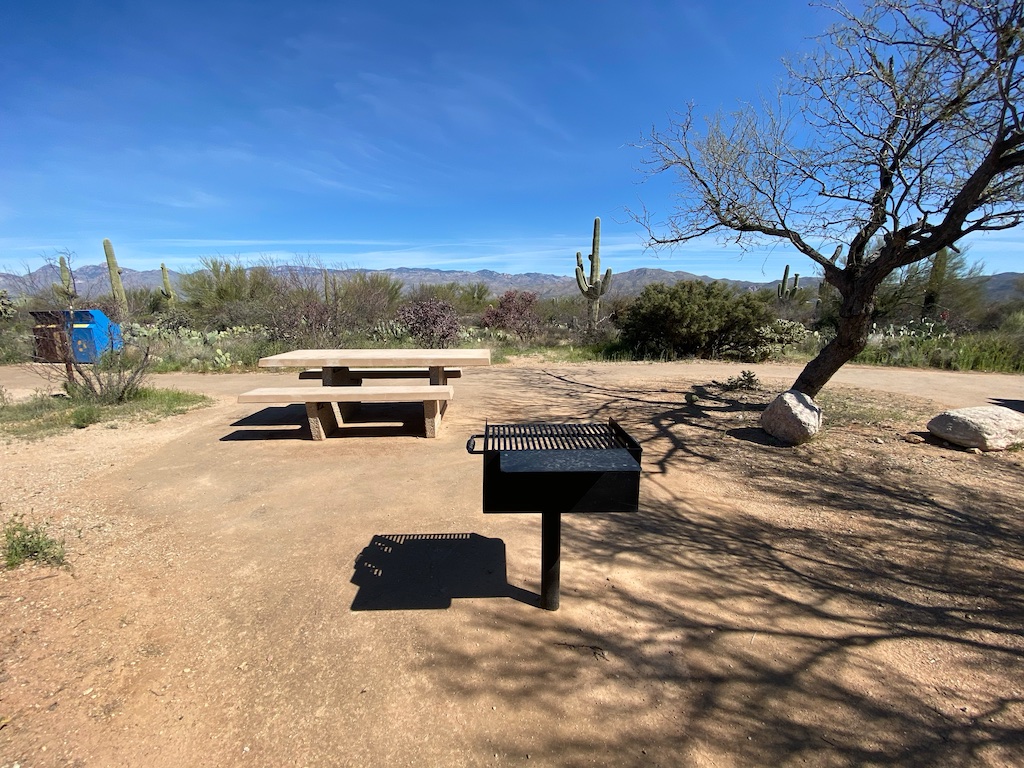 Both of these parks are unique and beautiful places to visit. I think that most visitors should try to get out to both parks and check them out if they can. Personally, I prefer the West park simply because I enjoyed the high concentration of cactus and felt like it was more remote.