So you’re researching places to and eat in Madrid and looking for a few suggestions? I got you covered. Here are a few places near to Atocha (and one place near Plaza Mayor) that I didn’t disappoint us on our recent outing to Madrid.

Looking for a nice little bar to stop at for a couple of drinks? Look no further. Out of every place we stopped at, this place had the best and the strongest mojitos.  I think it’s one of their specialities based on their website but man were they amazing. Try to get there a little early as it did get pretty packed on a Saturday night.  Also, I’m not sure if it’s customary or not but that little baggy in the photo below is housing some complementary cerveza inside, which I highly enjoyed. 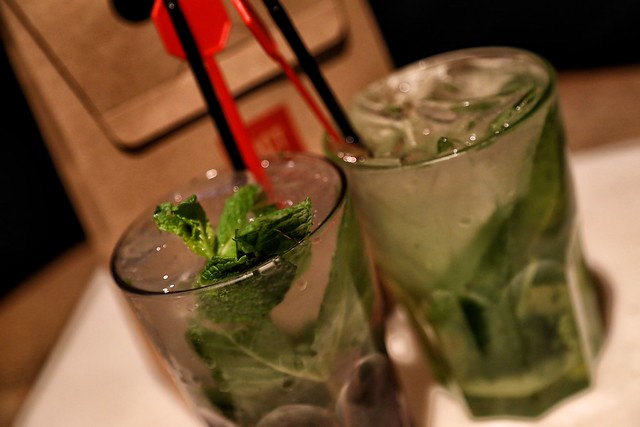 This little place is more of a bar/restaurant but we actually got stuffed here on tapas and sangria.  The sangria was a little pricey at about €12 for a jug; however, it was very good and the best that we tried while in Madrid. I’m not sure what exactly they put it in but I thoroughly enjoyed it.

As for the tapas, they had a tapa dish with the works of different tapas to try that  had a little bit of everything in it! Fish, jamon, and different types of meats topped with brie cheese.  Everything tasted authentic and were some of the best tapas we tried. The staff was also very friendly and it was overall one of the best dining experiences we had while in Madrid. The dish below costed us €15, which isn’t that bad if you consider that it’s €7.50 per person for dinner. They also supplied us with the plenty of olives and prawns as complimentary tapas in true Madrid fashion. 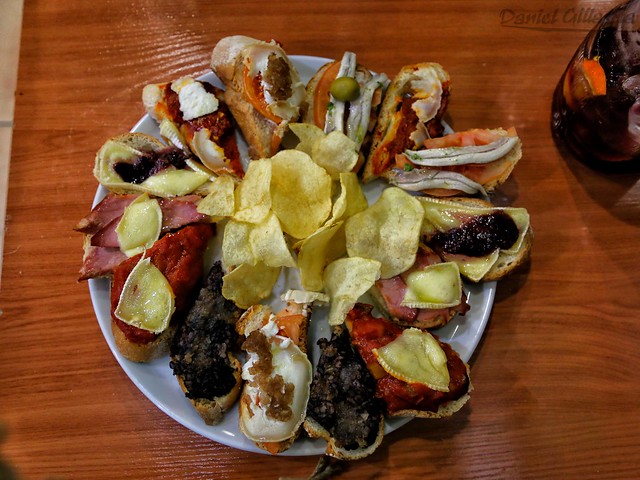 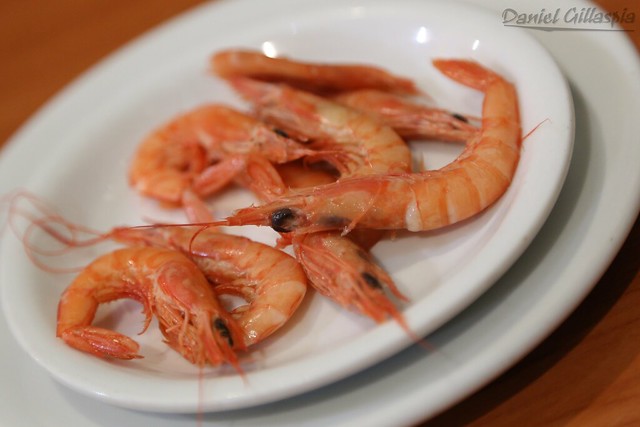 If you’re coming from Atocha Train Station and in search of the famed churros con chocolat in Spain you might be tempted to first stop at a place right next to “Dunkin Coffee” that’s immediately across from the train station — but don’t do it! There’s a place much better just a bit further away called “Chocolat Madrid.”  The place (whose name I can’t remember) next to Dunkin Coffee had some okay chocolate covered churros but the churros con chocolat (the real deal) didn’t compare to those found at Chocolat Madrid.  They also had some great cafe con leche as well. 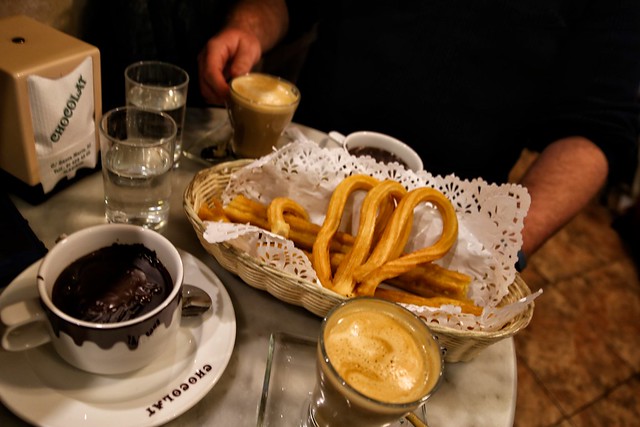 This was one of the more touristy places that we ate at. Not overly touristy — it just didn’t feel quite as hole-in-the-wall as some of the other places we tried. Brad and I both had the same dish (something we try not to do) and I think both of use were pretty impressed.  It was a hearty dish with eggs, brie-topped potato slices, and a whole lot of onions.  They served up come complimentary tapas (fried red mullet) and they were surprisingly tasty. I didn’t quite think things through before my first bite and ended up plucking a lot of fish bones out of my teeth but it was worth it in the end, or at least I kept telling myself it was.

This was also the first time we tried the Sangria in Spain and while we thought it was good, El Olivar’s (#2 above) tasted better to us. 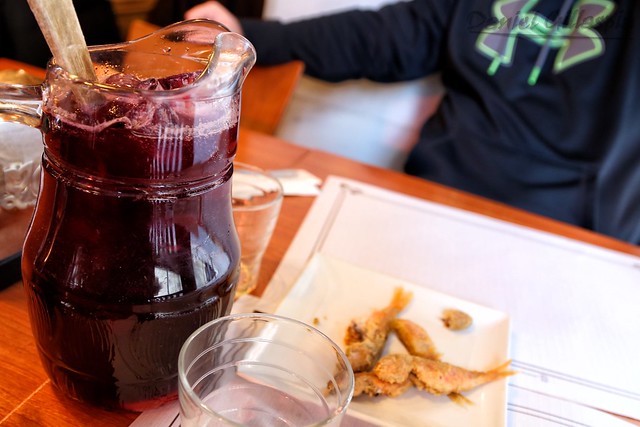 Okay, so this place isn’t really near near Atocha but it was one of the other places that we tried tapas at and enjoyed them so I thought I’d throw it in here. This place was the most touristy of them all and that was completely expected as we knew what to expect at Plaza Mayor.  We had a little cerveza here and then tried some of their tapas, smoked salmon topped with brie cheese and jamon.

If you check on the link you’ll see that this place only has gotten 3 out of 5 stars on Trip Advisor. I agree with most of the reviews that the food is not blow-you-out-of-the-water delicious but the tapas were still pretty tasty and seemed about on par with some of the other places we ate at. 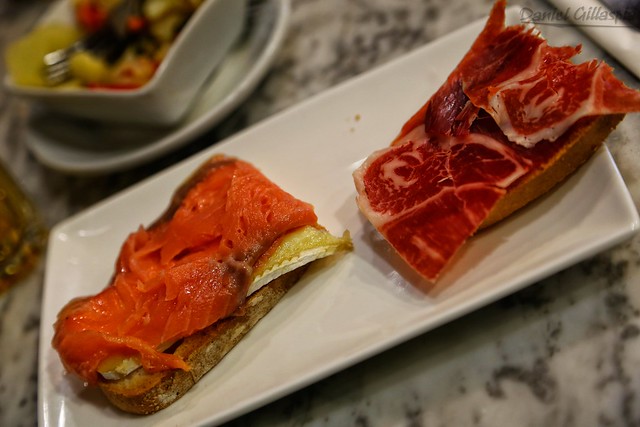 Overall, if you’re a foodie you’re going to love Spain and Madrid.  Out of everywhere we’ve visited so far, Madrid is where we’ve gotten the most stuffed. Sometimes I even tried to refuse tapas or extra sweets but they insisted so I just went along with it and kept stuffing myself.  Between the tasty tapas, churros at every corner, and sangria to go along with just about anything you may want to put in those extra miles on the treadmill leading up to your trip to Spain.