One of the coolest memories I have about living in Australia is my trip to Melbourne (that’s pronounced more like “Melb’n” for the outsiders). Melbourne is the second most populated city in Australia and the financial hub of the country and the region as a whole. Though a leading financial center for Oceania, the city is also packed with modern Australian culture, where the art, TV, and film industries have a strong presence. One of the most evident signs of this art culture is the street art that you will inevitably stumble upon while in Melbourne. 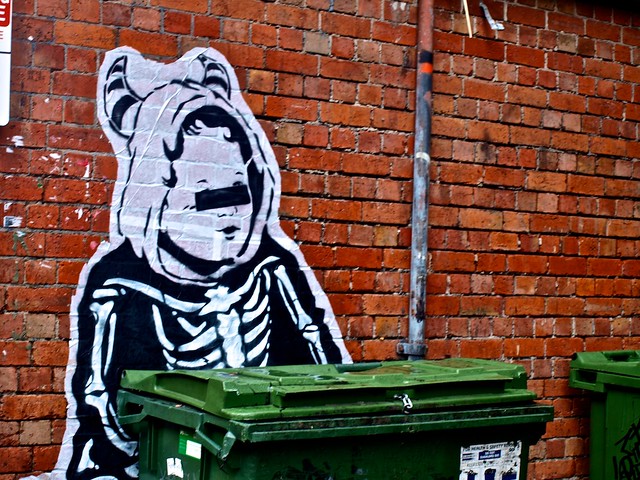 Inspired by the graffiti scenes in New York City, this street rose to popularity in the 1970s. It started off mostly being done with tags on trams and railways but soon made its way onto street corners in an ever-expanding way. By the time the 90s came, new techniques were being utilized by artists like stenciling, posters, stickers, and installations. In fact, stenciling has been adopted so widely in Melbourne that it’s been dubbed the “stencil capital of the world.” 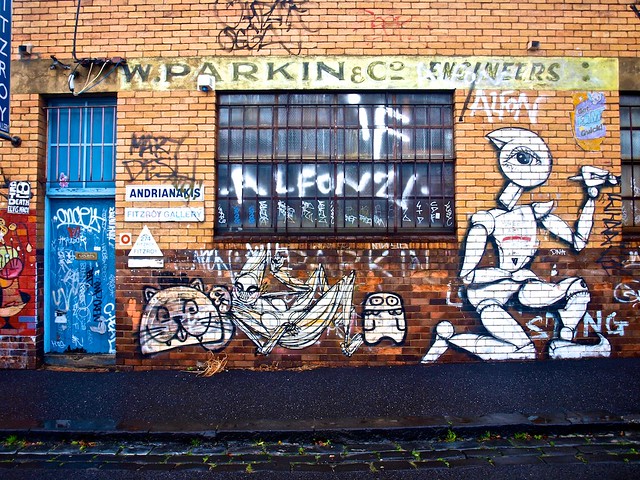 Today, you can find brick walls and buildings bleeding with imagination, full of bright colors and vivid portrayals of everything from monsters, teddy bears, intricate pattern designs, robots, cartoon characters, and plenty of abstract pieces. The street art scene hasn’t completely lost the early rebelliousness that street art originally grew out of. There’s still an obvious socio-political nature to many of these art works that can be found around the city. I recall several pieces that clearly referenced war, immigration, race, inequality, etc. However, it seems that the aesthetic nature of street art seems to have changed to a more commercially driven scene today, where plenty of works are found in galleries and sold in markets and street vendors. 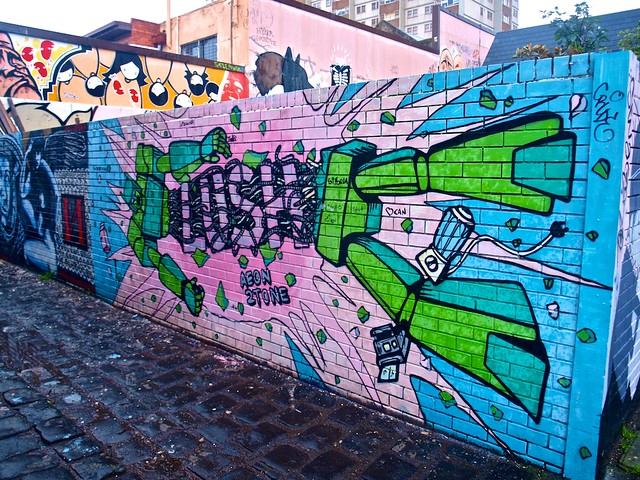 Not that there’s anything wrong with that. Of course, I’m not a street artist so my opinion doesn’t mean much on this topic, but I don’t think there’s anything inherently wrong in artists capitalizing on the growing demand and interests in their works. I agree that the genesis of street art seems like it came out of the growing counter-cultures around the world that were opposed to “the system” not only on social and political levels but also in the sense of going against the norms of traditional art forms. Add in the fact that it’s a historically free attraction to the public and it does seem a bit contradictory that today we’d find it nestled alongside other forms of traditional art in a gallery charging admission fees. But still, I don’t have a problem with people capitalizing on their talents, especially if that means those talents can then produce more brilliant pieces in the future and thus expand a brand, style, message, etc. I’m all for it. 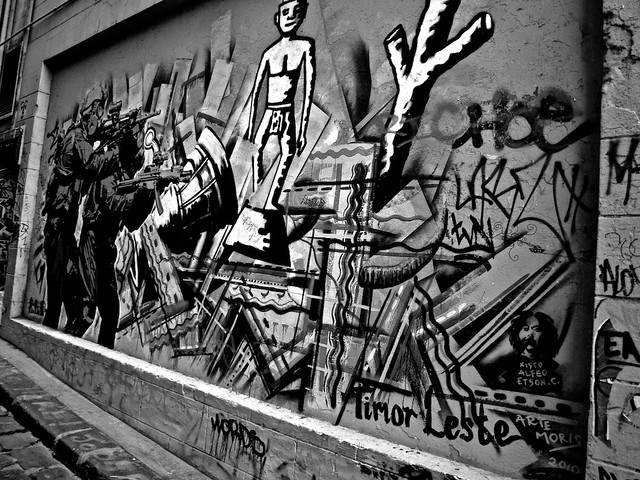 You can find some of the best places to see the street art in Melbourne here but it’s not difficult to find it throughout the city. There are also tours that are offered by local experts who can take you around and provide you with insight into the street art scene. We opted to just walk around ourselves and explore the city on our own. It’s a lot of fun and I highly recommend it. You never know what you’re going to see in the next street corner or alleyway and many of these works were put together by some highly skilled artists as evidenced by their high quality. 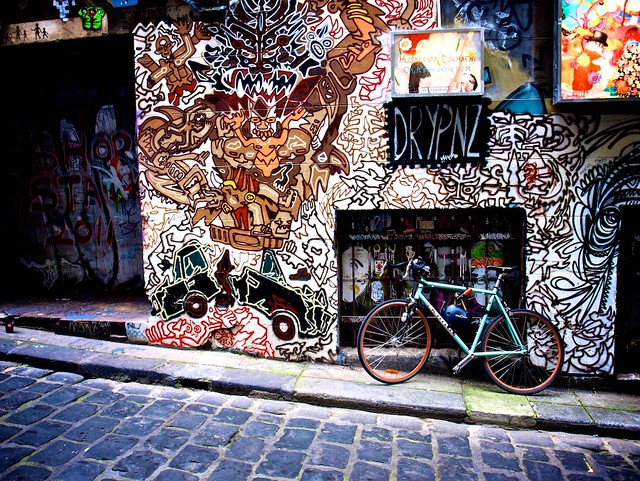 There’s still some resistance from public officials on whether or not  street art is a good thing for the city. A few years back, Disney World actually put up a Melbourne-inspired alleyway display in Orlando decked out with graffiti but the Victorian Premier John Brumby forced Disney to withdraw the display, stating graffiti was a “blight on the city” and not something they wanted to be on display overseas. 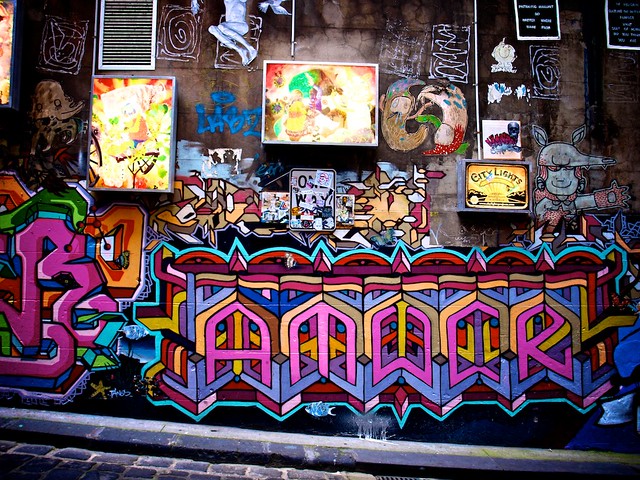 Others adamantly disagree with the Premier. It’s hard to deny the uniqueness of such a highly concentrated collection of beautiful art pieces. Yes, some of the areas are tagged with generic graffiti that serves no other purpose but to detract from the beauty of the art work but that’s something you find in any city. I think Melbourne officials should be proud to support the products of such a talented group of contributing artists over the years and welcome the interests of tourists. The good news is that the city has put forth efforts to preserve some of the street art but such efforts are inevitably complicated due to the subjectivity involved in determining what works “deserve” preservation, the ephemeral nature of the art, and random acts by others to remove street art.

Like I said, I’m not by any means an expert on street art around the world and not a Melbourne resident who might be more invested in this debate. However, speaking as a traveler, I represent the perspective that street art done in places like Melbourne is a valuable and vibrant thing and something that definitely helps to draw people to come and check out a city like Melbourne. City officials may not be able to preserve the art, but I hope it’s at least allowed to flourish as long as it can.