Southwest is known for slashing rates down to as low as $49 for certain routes at different times of the the year and Southwest just announced its newest 72 hour sale which begins today and ends October 12th at midnight. As usual, domestic travel on Fridays and Sundays is not eligible and several date restrictions apply depending on whether you are booking domestic or international trips (see the terms below for more).

***As a reminder, if you already have tickets purchased for any of these routes, inquire about getting refunded for the difference in ticket price.

Remember, you only have three days to book these awards so if you’re interested you need to act quickly. 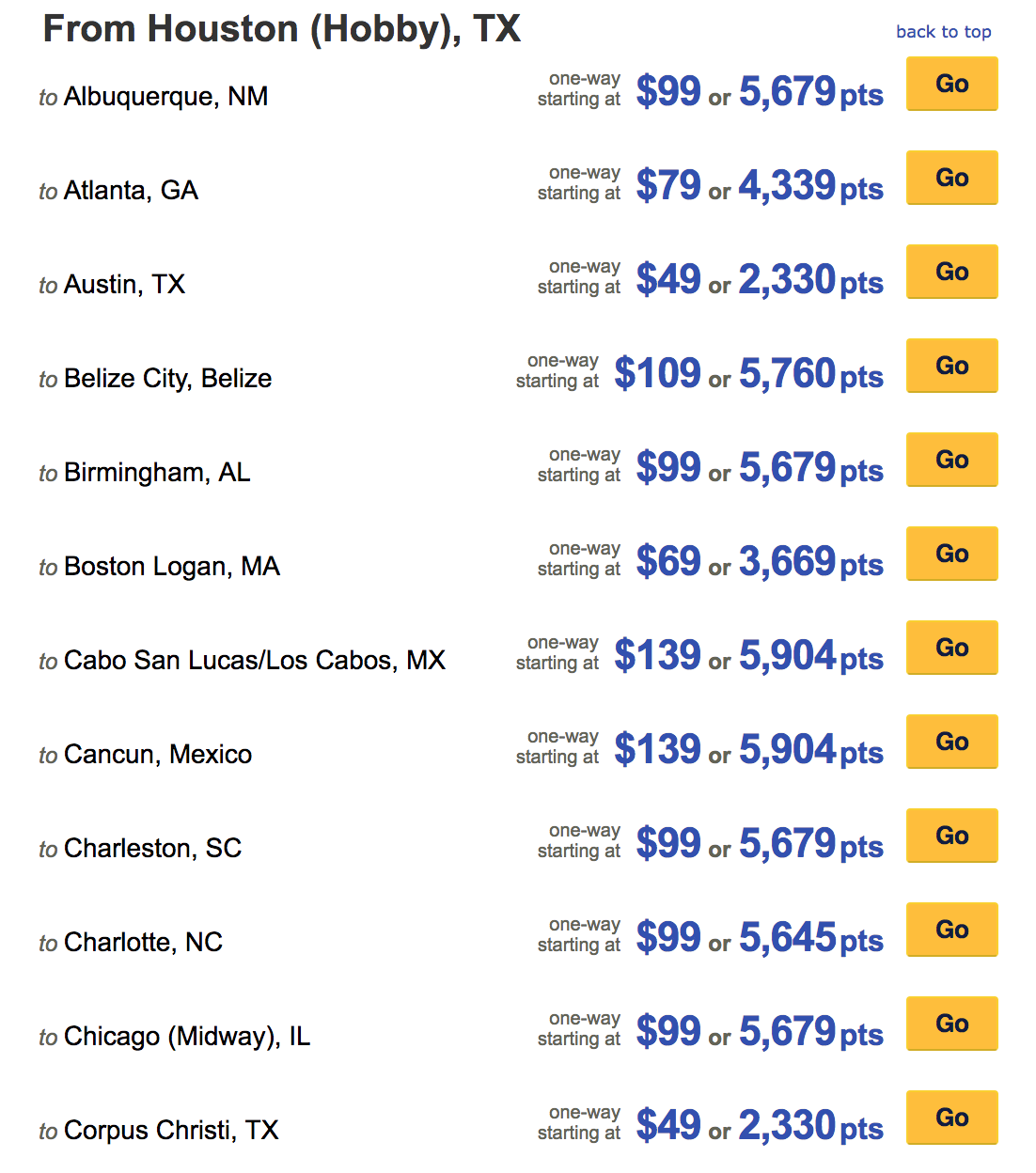 Here are the terms and conditions: (I’ve bolded what I feel are some of the most important terms for the offer)