When flying in to Tokyo, chances are you’re going to be flying into Tokyo Haneda Airport (HND) or Narita International Airport (NRT). If you’re trying to avoid spending extra money and wasting extra time, you’ll want to make sure to fly into the best airport for your travel plans.

In this article, I’ll tell you everything you need to know about choosing the right airport when flying into Tokyo.  I’ll cover things like how long it takes to make it into the city and how much it will cost for things like taxis, trains, and busses.

Haneda Airport is the busiest of the two airports. In 2017, it handled a whopping 85,300,301 passengers as the 4th busiest airport in the world! Narita International Airport on the other hand only had 38,631,558 passengers.

Haneda Airport is the primary base of Japan’s two major domestic airlines: Japan Airlines [Terminal 1] and All Nippon Airways (ANA) [Terminal 2]. Haneda Airport handled mostly domestic flights in recent memory up until 2010 when a dedicated international terminal opened along with a fourth runway.

Narita International Airport is known for handling mostly international routes and as you’ll be able to tell from the map below, it handles most of the routes from the US and Canada. Narita is the main international hub of Japan Airlines, All Nippon Airways and Nippon Cargo Airlines, and also a hub for low-cost carriers Jetstar Japan, Peach and Vanilla Air. This means that if you’re trying to save money on cheap air fare, Narita might be the better option.

The first consideration will be what type of routes fly into these airports. I’ll focus on routes flying to and from the US and Canada for this article.

Here are the airports that serve HND:

Here are the airlines that serve HND:

As you can tell from the map below, there aren’t a lot of nonstop routes serving HND from the US, especially if you’re trying to get there from the middle of the country.

Here are the airports that serve NRT (bolded indicate an overlap with HND):

As you can tell, there are many more airports serving NRT than serving HND. So it’s much easier to find a nonstop flight from North America when flying to NRT than HND, even when coming from one of the smaller airports like SAN or SJC.

Here are the airlines that serve NRT:

Many of the same airlines serve both airports from the US but not all of them. One thing I like about NRT is that you can fly on Singapore Airlines from the US. We flew to Tokyo via Singapore Airlines a couple of years ago and Singapore offers a superb product (although the A380 is no longer used), so it’s a great way to get over to Japan.

The next big consideration you probably have is how long is it going to take you to get to Tokyo proper and how much money is it going to cost. As you can tell from the map below, NRT is located much farther from the city than HND so it’s obviously going to require more time and money.

Getting to Tokyo from HND

It will take you about 15 to 20 minutes to get from HND to central Tokyo via a taxi, so it’s very convenient. The taxi ride will cost between 5,000 and 11,000 yen, so it could be as cheap as $45 USD to get to central Tokyo from HND (prices change based on exact location, time of day, etc.). That’s significantly less money and time than it takes from NRT for a taxi so HND is by the far the more convenient option when traveling to central Tokyo via taxi.

You can also take some public transport options from HND. The Tokyo Monorail will only take about 20 minutes and cost you around 490 yen or around $5 USD but that will only take you to Hamamatsucho, where you may need to transfer on the JR Yamanote Line. Keikyu Railways is about the same time and a little bit cheaper but it might also involve a transfer from Shinagawa on the JR Yamanote Line depending on where your final destination is.

Getting to Tokyo from NRT

It will take you about an hour to get from NRT to central Tokyo via a taxi, so it’s a much longer ride than HND. This will be an expensive taxi ride, costing you close to $200 per one-way trip so be ready to shell out some cash if you go this route.

You can also choose to get there via public transportation. You can take the JR Narita Express (NEX) which will take about one hour and cost around 3,000 yen (about $28 USD) to destinations like Tokyo Station, Shinjuku Station, and Shibuya Station. (It gets from Narita Airport to Tokyo Station in as fast as 53 minutes).

You can find departures every 30 to 60 minutes and if you purchase a roundtrip ticket (to be travelled within two weeks), you can save on the fare. (There are other rail options as well). After arriving to those stations, you can always transfer to the JR line.

Another option is to take limousine busses. Some will take you to Tokyo station for around $28. If you are staying at a large hotel, your hotel may offer a service that you can choose to purchase that will drop you off directly at your hotel.

If you want to save money, think about going with the Tokyo Shuttle bus, which will cost from 1,000 yen to 2,000 but this option could take up to 1.5 hours to get you to the city.

Both of the airports have a lot of lounges of reasonably quality but NRT has more variety, as you’d probably expect with it being more of an international airport. Below are some of the major lounges you can find at each airport.

So I’d give the nod to NRT when it comes to lounges. 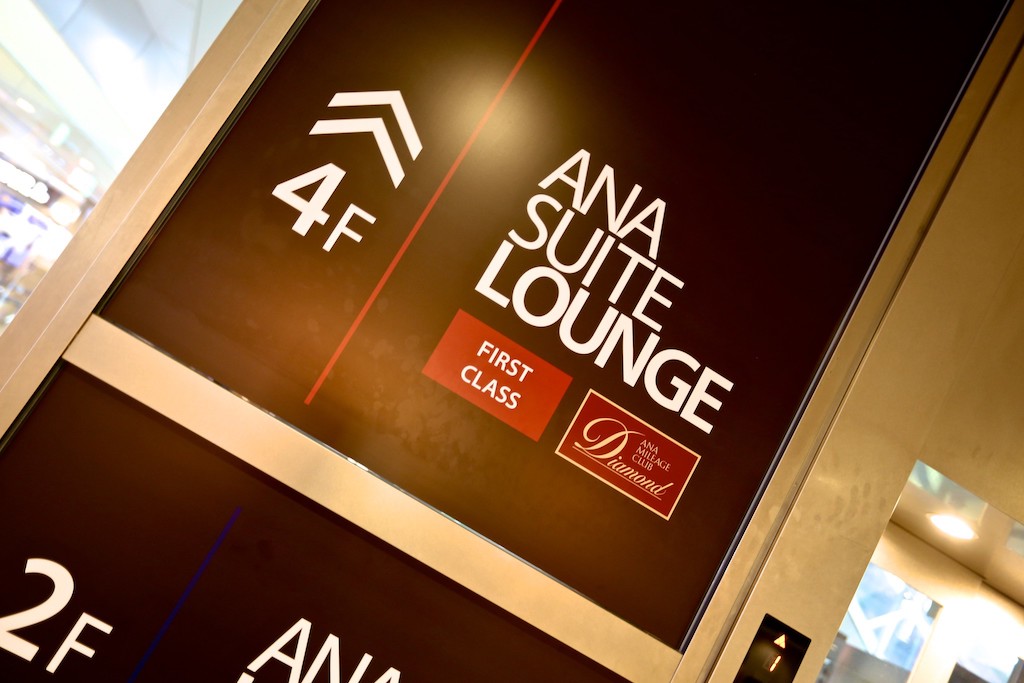 If you’re looking at other activities like shopping and dining both airports should have a lot to offer. Both airports also have outdoor observation decks that allow you to plane spot.

The drawback with NRT is that there are not as many domestic flights going out of NRT. This means that connecting will not even be an option in many cases. In fact, some itineraries may require you to transfer airports between NRT and HND.

You can get between these airports in about 1.5 to 2 hours, so it’s definitely doable.  A popular way to do it is to simply book a Limousine Bus, which may take up to two hours and cost around $30 USD.  If you’re at NRT, you can often buy tickets at the limousine ticketing counters located on the first floors of Terminals 1 and 2.

Going between NRT and HND can also be done by train. This will take close to 1.5 hours and will likely require you to make a transfer at Shinagawa on the Narita Express. Expect to pay around $30 USD.

If you want to make the journey via taxi it’s going to be expensive at around $225+ so be prepared for the cost.

Which airport is better to fly into?

Generally, I would prefer to fly into HND because it’s so much closer to the city and thus it’s cheaper to get transported into Tokyo. However, if you’re flying from the US, it will be easier, on average, to find a nonstop flight from different parts of the country to NRT and Singapore Airlines also flies to NRT. So it all comes down to your personal preferences.

Overall, HND is the “better” airport because its closer and requires fewer dollars to get to the city center but sometimes other factors come into play that make NRT the more convenient option.