The reward program for ANA has some very valuable sweet spots for both economy and business class redemptions to pretty much every corner of the globe. In addition, it’s pretty easy to rack up ANA miles from transfer partners making it a solid option for redemptions. However, the booking rules can be a bit confusing to comprehend. Here’s a guide for booking flights with both ANA and ANA partner airlines with ANA miles.

ANA is a member of the Star Alliance, the largest airline alliance out of the big three (One World, Star Alliance, and SkyTeam). This means that you can use your ANA miles to fly on any of these other airlines (subject to availability).

ANA also has several non Star Alliance partners that you can book with.

How to Get ANA miles from credit cards

Aeroplan is a transfer partner of  two major reward programs:

*Remember, when you transfer Starwood points in increments of 20,000 you receive an additional 5,000 in miles, so 20,000 points will earn you 25,000 Aeroplan miles. In addition, Starwood will often run promotions where you can earn additional bonuses on your transfers, such as up to ~25%!

There’s also the ANA Card USA. It has an annual fee of $70 and offers 5,000 miles upon your first purchase. This abysmal sign-up bonus should be a last resort and I would only consider it if you just had to have the 5,000 miles and had exhausted all opportunities with American Express.

ANA has a few unique program policies. For example:

In addition to these unique policies, there are several other booking policies. I don’t wont to bog down readers with all of them, so here are some of the important ones:

You are almost always going to incur fuel surcharges when using ANA miles to book award flights. However, United Airlines is an exception, and thus can be a very valuable partner to redeem miles with. Air Canada and Air New Zealand are also great partners to use to avoid or mitigate charges.

The surcharges imposed by ANA aren’t the highest in the industry and many can be quite reasonable, but they are often pretty much impossible to avoid unless you book United Airline/Air Canada flights. For a closer look on fuel surcharges, keep reading further. 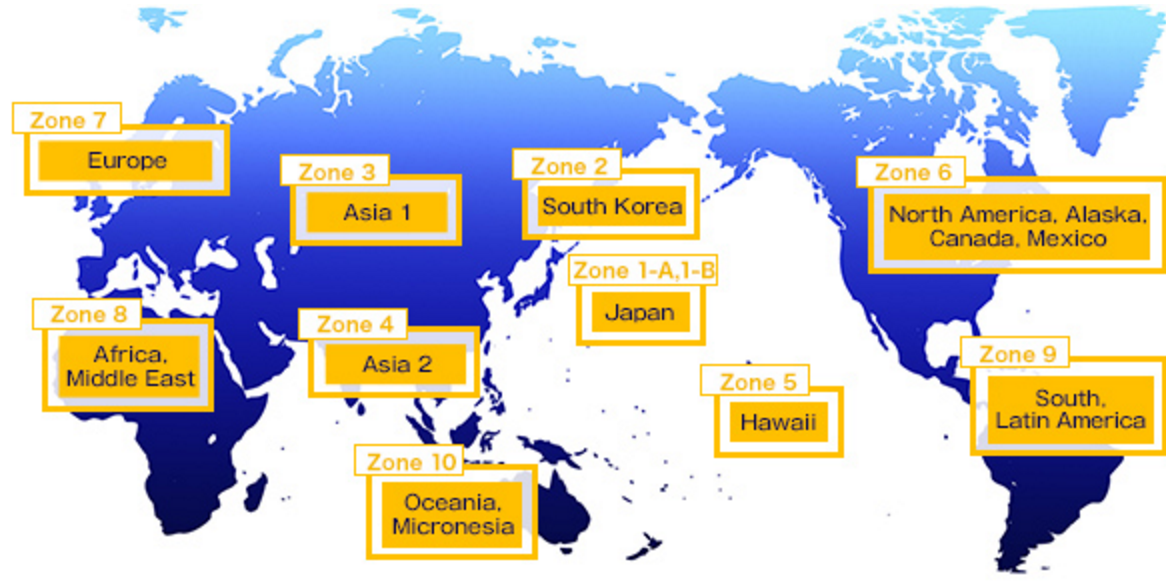 The rules section for “transfer partners” on ANA’s website is a little unclear but after playing around with bookings on the website and calling in to verify, I realized that the below rules apply to both ANA bookings and bookings with Star Alliance partners

1) One stopover is allowed on either leg

2) One open jaw is allowed subject to the following rules:

This means you can fly out of Chicago and come back to Houston, for example. (Confusingly, many regions like Europe and the U.S./Canada are considered one “country.”)

This is what confused me because they use the  term “area” versus “zone” and then they provide a small chart that doesn’t completely describe the areas. (See the chart below.) Thus, if you’re wanting to explore options for open jaw for inbound flights, I suggest experimenting with the website or calling in to see if the destination of your outbound trip and point of departure of your inbound trip fall within the same “area.”

November 25, 2016 update: the website is clearer on this point now.

The stopover can be combined with the open jaw rules for pretty flexible routing that can somewhat make up for the lack of one way redemptions in some cases.  For example, I was able to book the following on the website:

I called in just to make sure that this was a valid booking and didn’t get a 100% yes — it was more like, “we are pretty sure you can do that but the only way we can tell you for sure is if you transfer miles to ANA…” Thus, while this route should work according to the rules above, I’d always try to double check with ANA before planning on such a booking.

ANA has several sweets spots that are worth mentioning.

Here’s a summary of the sweet spots for ANA:

Keep reading below to see details on booking these sweet spots and to see how much you would pay on fees.

ANA offers one of the cheapest and most efficient ways to get to Europe with award bookings. Take a look at the award chart below.

Compare that to the following

Here’s a real world example of a flight between IAD and LHR. First, you can see how much this trip would cost on United’s website. Now, take a look below at how much this same flight would cost with ANA miles.

88,000 miles plus $183.70 in fees to fly business class from North America to Europe is an absolute bargain, espcially given the product level of ANA.

And the deal is even sweeter when you book with Air Canada because the fees go down to $68!

But remember, those low fees are with flying United and Air Canada. Here is an example of what you’re looking at if you can’t get around the fuel surcharges

As you can see, the fuel surcharges can be pretty hefty and so I’d try my best to find availability on a United or Air Canada flight to avoid the charges.

Now let’s say you wanted to add a bit more value to the prior trip from D.C. to London  by making London a stopover en route to Paris, and let’s just throw in an open jaw back to Houston so you can see how it works.

So this flight path is going to look like this:

This route is legal because it has one stopover in the zone of your destination [CDG in Europe] and you are returning to the same zone of your departure [United States and Canada]. (You could also make your second leg depart from anywhere within the same “area.”)

So let’s see how much more we’d pay in fees. 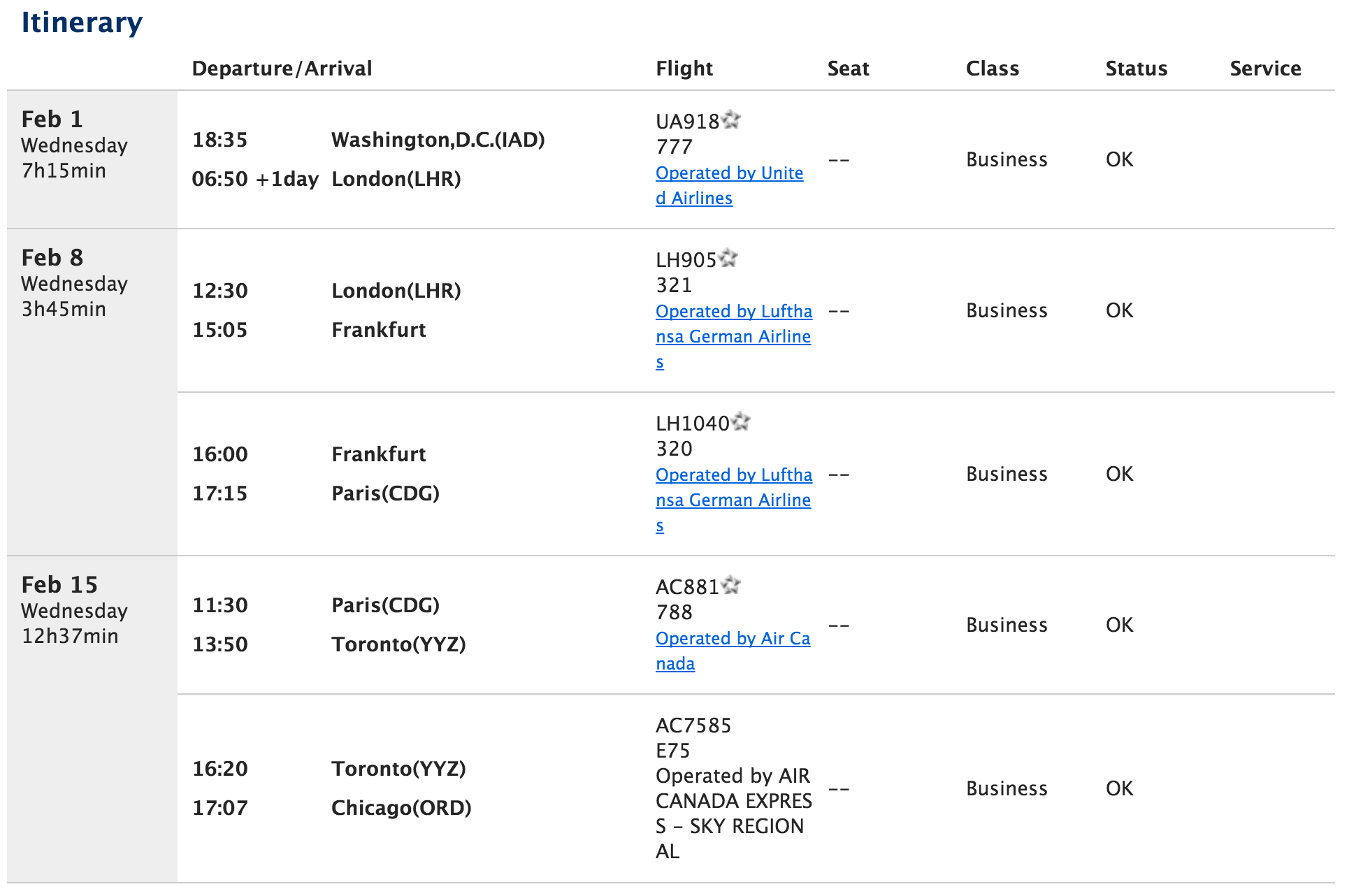 So that’s $155 more in fees to get the extra addition of Paris to your London trip.

If you searched long enough you could probably find better stop over deals than this but I noticed that a lot of the stopovers in Europe would incur pretty significant fees. For a true budget flyer, it might make more sense to just buy a one-way ticket on a budget airliner to your desired stopover location and then open jaw back from there to North America.

For example you could do:

And finally, don’t forget about economy flights from North America to Europe… at only 55,000 miles, that’s not a bad deal at all.

Therefore, ANA is one of the best options for getting to Europe from North America!

Here are the miles required by other airlines or this route.

Let’s say you were planning a larger scale trip to South America where you wanted to see Rio de Janerio, Santiago Chile (and maybe take a flight to Easter Island), and Lima, Peru (and take a short flight to Cusco to get to Machu Picchu).

For the same amount of 88,000 miles you could get to Rio de Janerio, Santiago, Chile, and Lima, Peru. You’d still have to cover your tickets from Rio to Santiago, Easter Island, and Cusco, but having everything else worked out with business class tickets for only 88,000 miles would be great.

The best part of this routing is that your fees would only come out to $101.25.

Take a look at what this itinerary looks like booked on the ANA website. Again, when I called in to verify this route I got the same “we’re 99% confident you can book this route but you’ll need to transfer your miles to ANA for us be sure.”

Note: you could probably find better routings not flying through Canada but I just wanted to show  how much value you could get from 88,000 miles!

Also, economy awards from North America to South America can really be bargains at only 55,000 round trip!

Just keep an eye out for those surcharges, as you can see on the routes below they can be quite pricey. (Partner Etihad is known for having little to no surcharges, so seek availability with them.)

Also, economy awards from North America to Africa and the Middle East can really be bargains at only 65,000 round trip!

Don’t forget that Africa and the Middle East are part of the same zone (Zone 8). That means you would be able to combine a trip to the Middle East with your trip to South Africa. I struggled to find some availability for this trip so I wasn’t able to price out the fees but with enough time and willingness you could probably secure this route for a mere 104,000 miles.

There are some restrictions when booking with certain partners that you should be aware of:

When you book directly with ANA you are subject to different rules. They operate with a different map and on a seasonal basis. 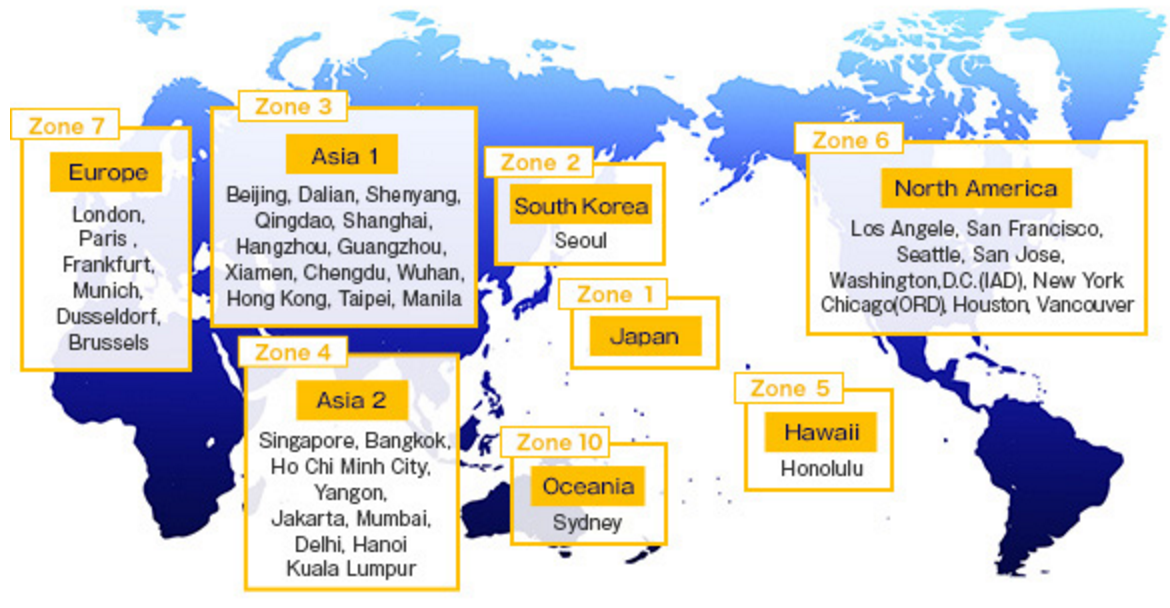 They have low season, regular season, and high season, which change for different years. Take a look at the season chart for North America/Europe and Japan.

There are some real sweet spots for getting to Japan and Asia 1 (China, Guam, Hong Kong, Macau, Philippine, Taiwan).

The drawback is that you’re going to have to pay fuel surcharges for ANA flights. The good news is that they really aren’t that bad. In fact, as you can see below, the total fees for flying ANA from North America to Japan are actually cheaper than those including a United flight!

Remember, that while one stop over is allowed on ANA  flights, no stopovers can be made for flights departing from Japan.

So there you have it, ANA is one of the most valuable transfer partners of American Express Membership Rewards and Starwood and should definitely be considered an option if you’re planning a trip from North America to any of the zones discussed above.